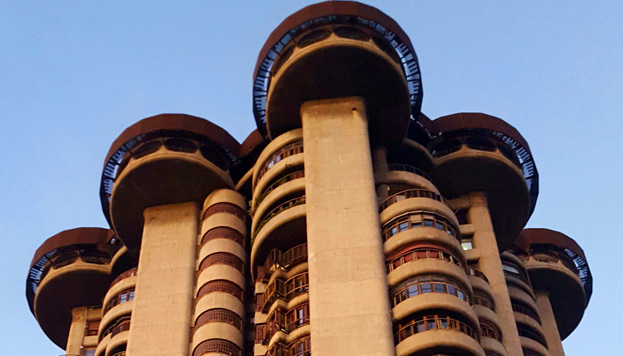 Madrid is a city full of quirks. The capital city’s notoriety may stem from its status as Spain’s grandiose capital, but look past the wide boulevards, colossal monuments, and traditional bars, and you’ll spot an endless array of urban anomalies. Shaped by its tumultuous history, simmered by years of isolation, and brought to life by its endlessly energetic and eclectic people, Madrid is a city full of surprises. Here are a handful of insights to guide you around this weird and wonderful city.

The space-age high-rise that is Torres Blancas looks like an elaborate set from a science-fiction film from the 1960s, and in a way, that’s exactly what it is. Built by the visionary architect Francisco Javier Sáenz de Oiza in 1969, its design imitates the curvilinear forms of a tree and has been luring Madrid’s creative class to snap up apartments here for decades. The top floor once housed a spectacularly retro restaurant (it remains closed today, but is up for sale if you’re interested), while filmmakers such as Jim Jarmusch included the building in his unsettling film ‘The Limits of Control’. You can’t visit the inside (the stalwart doormen will make sure of that), but if you catch Madrid’s metro line 7 to Cartagena station you can freely explore the extraordinary exterior and marvel at one of Madrid’s most miraculous structures. 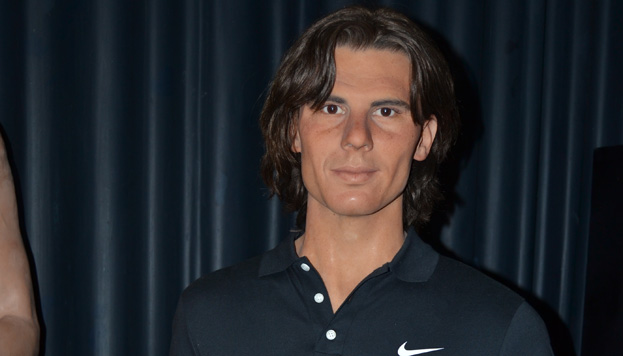 So you’ve queued at the Prado, Reina Sofia, and the Thyssen but you still have a thirst for some pop-culture. Stroll a little further up Madrid’s Paseo del Arte until you reach the Plaza de Colón and you’ll find one of the world’s most entertaining wax museums. Inaugurated in 1972, the “Museo de Cera” has carved out a niche for itself as one of the city’s most infamous institutions, merely because of its sometimes-comical renditions of some of the world’s most famous faces. It’s the type of attraction that needs to be seen to be believed. Make sure you go with your camera or phone battery charged to the full because this place will set your Instagram account on fire. 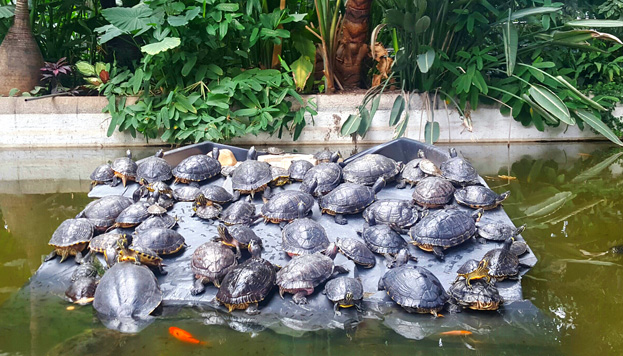 Apart from an indoor rainforest, Madrid’s main train station Atocha also contains a rather curious pond full of red-eared slider turtles. Most people don’t realise it, but this ever-increasing population of hard-shells is actually a complete accident. Once upon a time the pond was just an empty water feature. That was, until a steady stream of people began sneaking into the station and off-loading their unwanted pets into the water. Talk to any of the merchants that border the forest and they’ll all have plenty of tales about people tipping their turtles into the water and sneaking (or sprinting) off into the distance. The pond’s population has got so out of hand that the rail authorities recently put up signs warning people that abandoning animals is a crime. This hasn’t diminished the pulling power of Atocha’s weird water feature though; thousands of people still come to gawk at the turtles every week. 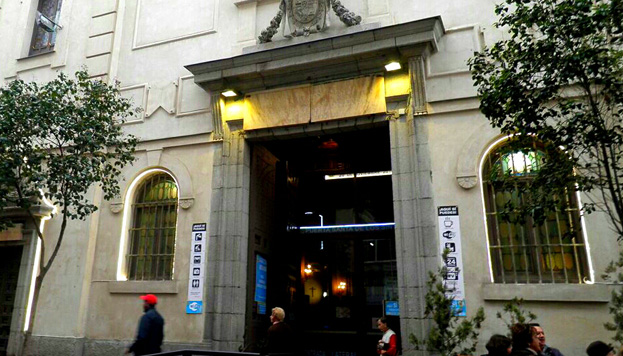 The Church of San Antón in the colourful Chueca district could well be one of the most high-tech Christian temples in the world. Better known for its annual blessing of the animals (which in itself is a little on the odd side), this small church recently went digital, installing television screens with a live hook-up to the Vatican, free wi-fi, extra power-points to charge phones and iPads, and you can even download a savvy new confessional app. To top it off, the church is now open 24 hours a day and, just in case you were wondering, pets are still welcome to join you – even if it’s 3am. 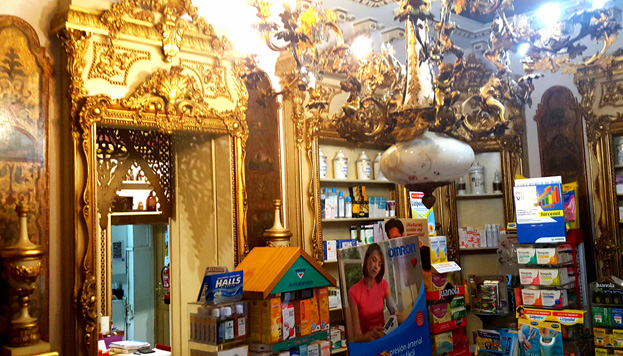 Madrid is peppered with historic pharmacies and many of them have been preserved to reflect their regal beginnings. Behind an un-assuming wooden panelled façade on Calle San Bernardo, the ornate golden-hued ceilings of the Farmacia Deleuze Isasi give the impression of a palatial drawing room rather than a modern-day chemist. It opened all the way back in 1780 and a room out the back once hosted meetings for some of the city’s most prominent intellectuals and artists. If you’re in need of some over-the-counter medication or some emergency toiletries, a visit to the antiquated confines of this chemist will certainly distract you from your ails. 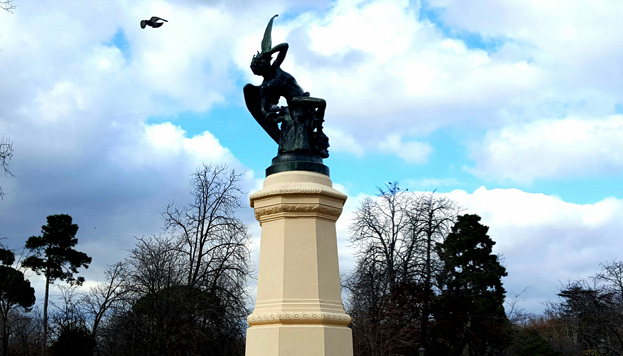 It may be an ode to some of the most important verses in the Bible, but this undeniably creepy monument is still a statue of Lucifer himself. You won’t find it tucked away in an obscure courtyard, but rather, towering over a prominent intersection in the popular El Retiro Park. Known as the ‘Angel Caido’ or Fallen Angel Statue, it’s a very stark reminder that the ultimate villain actually used to be one of the good guys. Many Madrileños will tell you that it is the world’s only satanic monument, but that’s not entirely accurate. What is true, is that the statue’s location is exactly 666 metres above sea level and after its unveiling in 1885 used to attract a motely crew of nocturnal Satanic worshippers. It became such a concern that authorities even considered tearing it down, but thankfully today you are more likely to be accosted by an out-of-control roller-blader than a member of the occult. 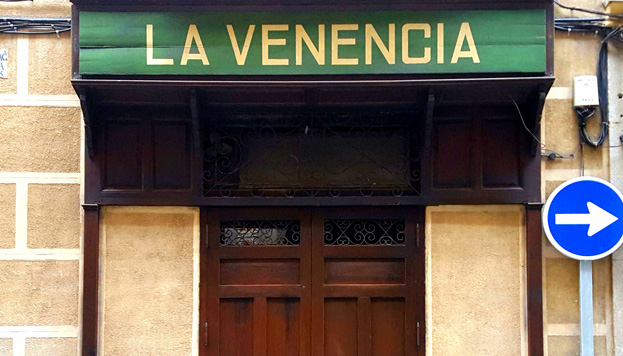 Tucked away on a dark, narrow street of the Las Letras district, La Venencia is steeped in local Republican history. A favourite haunt of the Republicans during Spain’s civil war, this bar doesn’t seem to have changed in the eight decades since. The black cat roaming among the revellers suggests a somewhat relaxed feel, but there a several things that you should know before you get into trouble. DON’T take any photos: the owners don’t seem to like to be reminded that it’s 2016. DON’T even think about leaving a tip (this is a Socialist thing). DO try all the different sherries (el jeréz) though; adding a few favourable murmurs will also win you extra points with the staunch staff. And lastly, make this a night time visit, because La Venencia just doesn’t have the same haunting charm under the glow of daylight.