The value of a comb 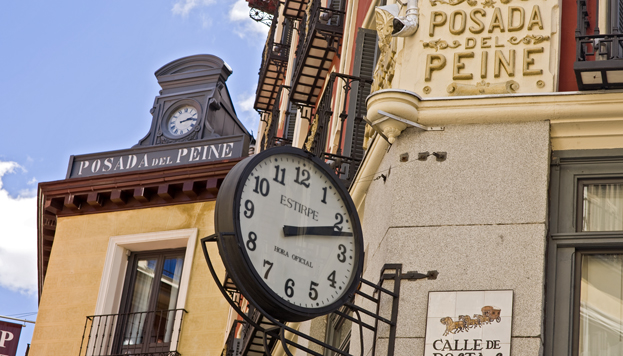 The title of this blog entry is a Spanish expression dating back to the Middle Ages. At that time, a lack of hygiene was commonplace and virtually no-one spent much time on their hair. When society gradually acquired better and healthier habits, this expression came to be used as an insult hurled at the vagabonds and down-and-outs roaming the streets. Today, the expression “you don’t know the value of a comb” means something along the lines of “I’m going to teach you a lesson” and the origin of this strange saying serves as an introduction for our short homage to a hotel which claims to be one the oldest in all of Spain.

Would the comb after which the famous Posada del Peine (Inn of the Comb) have much value? I honestly don’t know, but the landlords used to actually tie the comb in the Inn’s bathroom to a piece of string to stop any guests taking it home with them. Anyone who has walked along Calle de Postas, next to Plaza Mayor, will almost certainly have noticed the attractive façade of what is now a modern hotel. It opened in 2006 on the site once occupied by the inn which welcomed locals and guests alike from 1610 right through to 1970. 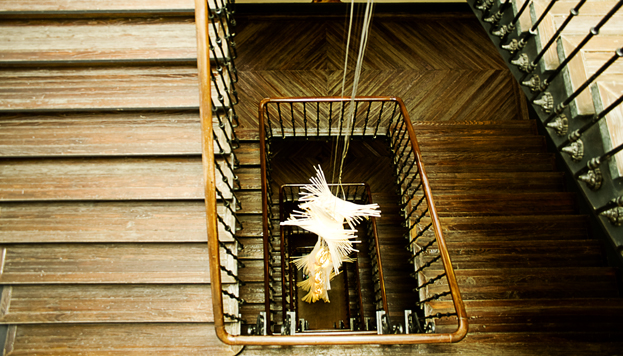 Certain elements of what was once the “Inn of the Comb” still remain, such as its façade, the paving at the entrance and the main staircase made of pine. The former grotty rooms – with secret passages to let customers indulge at their leisure – now boast fabulous decor and designer furnishings, yet without relinquishing any of the establishment’s eternal charm.

The chronicles of the time tells us that, at the height of its splendour, the Posada del Peine had over 150 rooms, the most luxurious of which had balconies overlooking the street. The more modest rooms didn’t even have windows, so guests had to leave the door open to let some fresh air in. The inn played host to all manner of personalities, such as the painter José Gutiérrez Solana and Casta Esteban, widow of the famous poet Gustavo Adolfo Bécquer, whose fascinating biography I can highly recommend.