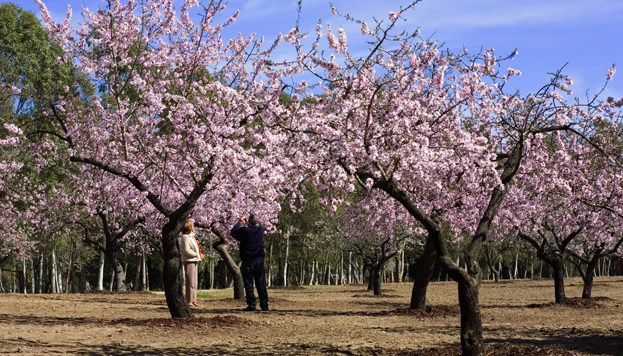 You don’t have to leave Madrid to enjoy one of Mother Nature’s most spectacular shows as soon as the first hint of spring is in the air. The fabulous image of blossoming almond trees all around Spain is replicated at this small, intimate park on Calle de Alcalá, undiscovered by many. It is known as La Quinta de los Molinos, right by the entrance to the Suanzes Metro station, and I strongly recommend paying it a visit at this time of year.

Because right now – or any day now, so keep an eye out – is the best time to enjoy the picturesque, snow-like effect of the almond trees in bloom, and this park is literally teeming with them. Their sea of white flowers has inspired many artists, who never miss the chance to recreate such a breathtaking scene on canvas. It only happens once a year! And lasts just a few short days… To give you an idea, here are some photos from last year. 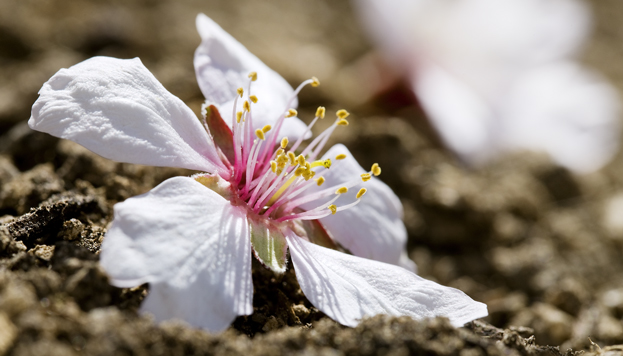 “Simply to enjoy the moment” is the only excuse you need to visit la Quintade los Molinos, a virtually unknown, secret beauty spot that is well worth discovering for yourself. Though it is no longer that far from the city centre, this area was once on the outskirts of the city, a place where many noble families had their summer residence. In the early 20th century, the Count of Torre Arias sold some land to the architect César Cort, who also bought up some neighbouring land to enlarge his own estate in order to build a palace and the so-called Casa del Reloj (Clock House).

The park is now classed as an Historical Artistic Garden and a Site of Cultural Interest. Its 25 hectares are home to large wooded areas where, in addition to the famous almond trees, you can find a wide range of other species such as olive, pine and eucalyptus trees, as well as lilacs and mimosas, imbuing the park with the most exquisite fragrance. It also has many hidden paths winding here and there leading to ponds, fountains, wells… and even a lawn tennis court surrounded by a low stand. Unfortunately, the court is not open to the public. But if you fancy playing a game… why not try to find the two “molinos” (windmills) after which the park is named? A clue: you have to look up.