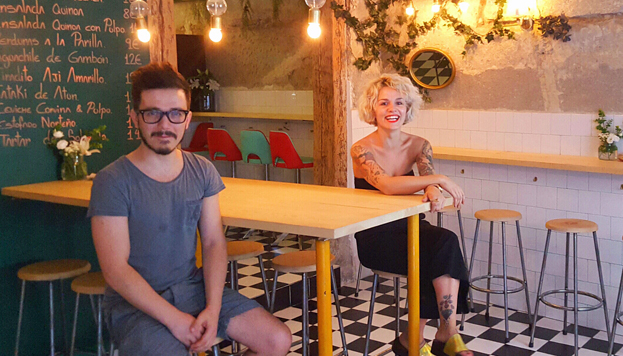 Madrid is fast securing its place as one of the world’s gastronomic capitals. The Spanish capital has over 3,100 restaurants, a sprawling network of vibrant neighbourhood food markets, and a growing arsenal of Michelin stars under its belt.  In case you missed the memo, last year five new restaurants were awarded stars for their exemplary efforts in the kitchen.

However, Madrid’s food culture is much more than its celebrity chefs, haute cuisine, and high-end eateries. Once you slice through the headline-grabbing fanfare, a new generation of talented youngsters is busy cultivating a grassroots scene that is not only delighting local diners but also paving their own way to future stardom. Come and meet some of the new talented kids on the block and pull up a chair to taste their culinary creations. 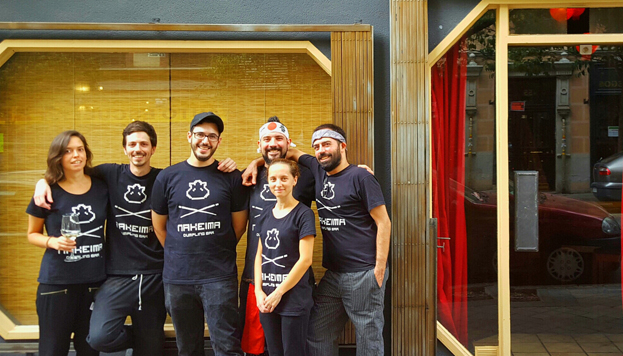 This out-of-the-way fusion restaurant is brimming with Madrid’s new generation of culinary maestros. Located a short walk from the Argüelles metro station, the food is Iberian-Japanese fusion (think Spanish-flavoured nigiris, curries, and seafood) and the chefs and waiters hail from some of Spain’s best restaurants. Gonzalo García worked at Nikkei and Diverxo; Roberto Martínez at Nikkei, Peru’s Maido, Malabar, and Celler de Can Roca; Pablo at La Tasquita de Enfrente; Fernando at Kabuki and Sacha; while behind the bar, Viki once worked at London’s Roka. The only sticking point is the strict no-reservations policy. There’s a limited number of seats meaning devoted diners line up well before the doors open and a friendly staff member appears to jot down 20 names on the waiting list. If you want to make it onto that list you should arrive well before 1.30pm for lunch and 20.30 for dinner. If you’re not an early bird and you fail to get this well-cooked worm, it always helps to have a Plan B, which is there are four more alternatives below… 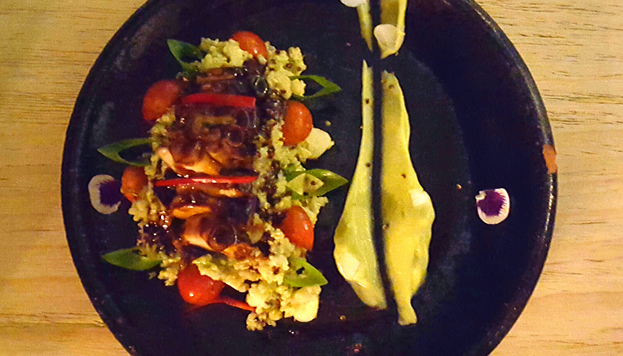 Everyone seems to be talking about Navaja. Located in the colourful Malasaña district, this small restaurant was opened just a few months ago by two gregarious Gallegos. Chef Alex Álvares from Orense and front-of-house extraordinaire Libia Veiga from Vigo joined forces to offer a relaxed and wholesome eatery that offers up colourfully concocted dishes of Galician-Peruvian fusion. Álvarez and Veiga like to deliver the plates to each table themselves, explaining the ingredients and cooking methods to adoring audiences. Be sure to try the navajas (razor clams), tangy oysters, octopus and quinoa salad, and the particularly popular pork buns. It all seems to wash down rather well with pineapple and mandarin flavoured piscos, so be sure to ask the extra-friendly staff for a tipple. 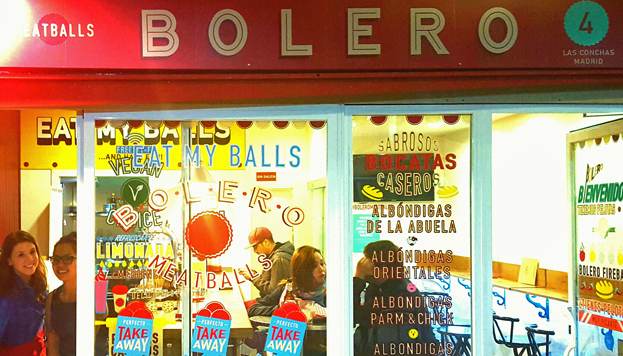 This small streetfood-style posting can be found on an inner-city laneway, specialising in – you guessed it – meatballs. Russian-born Nina Lashchenova and second-generation Philippine May Nocon met each other via their respective food blogs, became friends, then room-mates, and now business partners; opening Bolero Meatballs 18 months ago. They may stem from very different backgrounds (May once worked at the aforementioned restaurant Nakeima while Nina is a former interpreter and audiovisual communications specialist) but they are united in their love for saucy and succulent meatballs. “I probably hand roll about 300 balls every day,” says May, admitting, “if there’s a day that I’m not rolling meatballs, it feels oddly empty.” Served as tapas, “raciones”, and in a bread roll (bocatas), the meats and flavours vary; de la abuela is veal with a traditional sauce, orientales are asian flavoured with pork, chick & parm are chicken and cheese, and there are vegan, extra spicy (bolero fireball), and rotating specials too. The girls’ relaxed, humourous attitude is present throughout the space; you just need to look up and read the tongue-in-cheek sign that says “Eat My Balls… and have fun.” 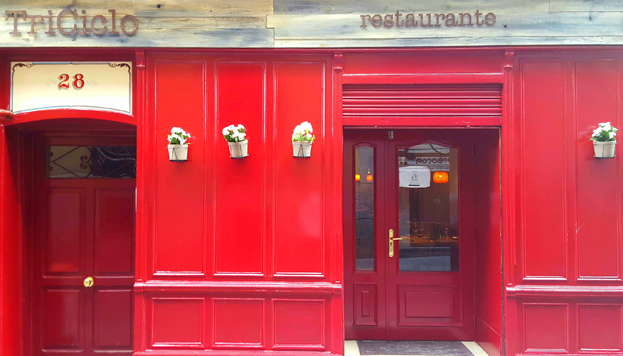 Another Asian fusion outing, TriCiclo was opened by three friends who joined forces after working in some very high-profile restaurants including David Muñoz’s DiverXo and Paco Morales’ Senzone. The trio opted for a space in Madrid’s burgeoning design district ‘El Barrio de Las Letras’ to open their restaurant and have been whetting appetites with Spanish, Asian, and Latino flavours since 2013. The trio of young chefs Javier Mayor, Javier Goya, and David Alonso also opened Tándem, a smaller, more experimental space, which is located a short walk down the same street. It opens for a late breakfast from 10.30am and allows these adventurous young chefs to hone their recipes and ideas in a more relaxed environment. Ongoing (and deserving) popularity means you should always book ahead with a quick phone call: +34 910 244 798. 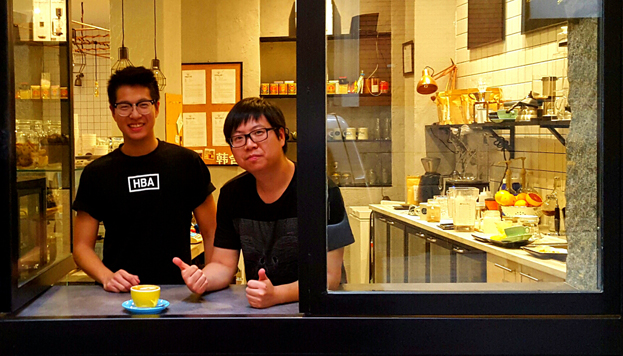 The city’s burgeoning coffee culture continues to expand and one of the latest specialty coffee haunts is Hanso Café on Malsaña’s Calle Pez. Nicho Han opened his café together with is pastry chef wife Eva Ying just a few weeks ago and despite its prime corner location, a sign advertising the shop’s availability had gone mainly unanswered because it was written only in Mandarin. Chinese-born Han, who moved to Madrid when he was 14, snapped up the property, began renovating, and now serves freshly roasted coffee made by well-trained baristas while his wife supplies flavoured cakes such as matcha, sesame seed, red velvet and tiramisu. The name ‘Hanso’ means ‘small house’ in Mandarin and Han is committed to making one of the city’s best coffees. “I first opened a café in the Usera neighbourhood in 2011 but decided to move to the centre because the coffee culture is stronger here,” he says while pouring a frothy cappuccino. “As far as coffee goes, Madrid has a big future ahead of it.”