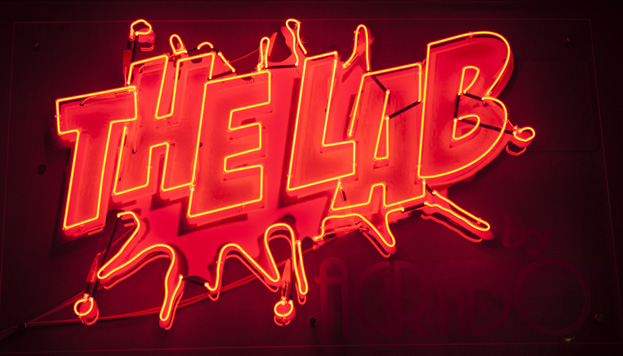 Bars, shops, restaurants – the wave of new openings sweeping over the Spanish capital is relentless. It’s hard to keep up. So whether you’re an intrepid traveller hoping to discover the coolest hidden hotspots or a local looking to stay ahead of the curve, here are four of the newest additions to Madrid’s ongoing metamorphosis. Get in early, before the crowds beat you to it! 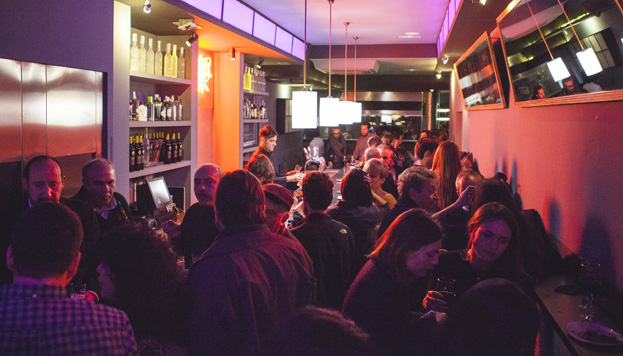 Headed by spritely 30-year-old chef Alberto Gozalo, this new eatery in Triball (the sub-district inside Malasaña) toys with the idea of food as entertainment with a format that resembles an art-house cinema. The idea is to “premiere” a different feature food every two weeks, focusing on the quality of the produce with masterfully prepared yet uncomplicated dishes. In the few weeks since opening the food spectacle has centred around succulent ingredients such as octopus and pork sirloin and large movie posters in flashing lights have been drawing in large audiences. The young Chef Gozalo opened his first eatery La Taberna Agrado at the age of 23 followed by the Agrado Cabaret five years later and the Marisquería 79. His appreciation for quality meat and seafood is combined with entertaining showmanship and now comes alive at The Lab.  The most recent release was ‘bacalao begins’, which perfectly fuses the the world’s undying case of Batman fever with Spain’s never-ending addiction to cod. 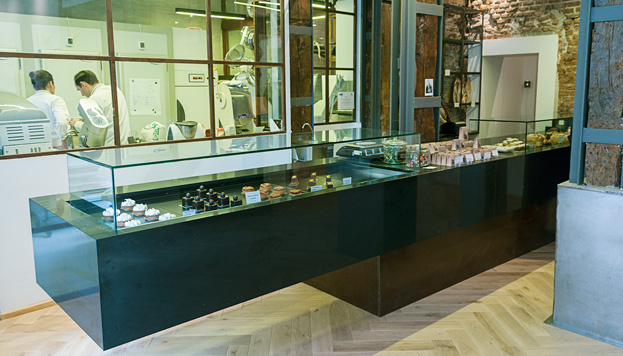 If you’re in need of a caffeine pick-me-up after tiring yourself out inside the mammoth Royal Palace or Opera House, this new café is also steeped in history, making it the most authentic place to re-charge. The boulangerie and patisserie was opened by skilled pastry chef José Alberto Trabanco and his wife Ana Ramos last December with the philosophy of offering a daily dose of freshly made bread and beautifully elaborated cakes and sweets – as well as good coffee (a rarity in Madrid; but that’s changing!). Trabanco’s workshop is on full display through a wall of windows, but another long transparent veneer on the floor provides a uniqueview onto history. As you sip on your freshly roasted coffee and  savour the selection of sweets, take a moment to look below your feet at the illuminated ruins of the 12th century wall that once protected the city. 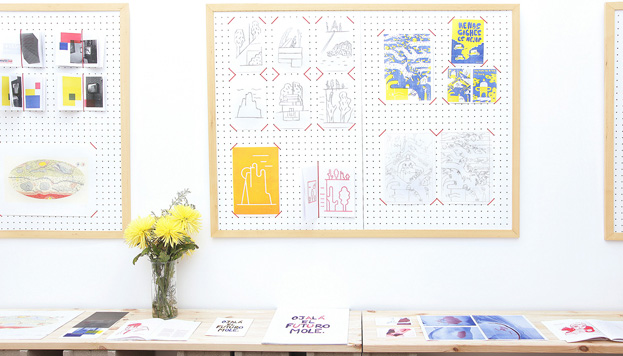 Once hidden in the confines of the Anton Martín market, Virginia del Diego recently packed up her stall and moved into a street-side shop a short walk away. Specialising in fanzines, the new space has given Sandwich Mixto more room to breathe; more wall space translates into more detailed exhibitions exploring fanzine creation. “I’m really interesting in showing the whole process, from the concept, to the sketches to the printing phase and all the glitches involved,” explains Del Diego. Many years ago, her new space was the location of one of Madrid’s first galleries dedicated to illustration; today its walls continue that tradition but there are also workshops and a rare Risograph printer which is available to anyone looking to publish their own intrepid zine. And, if you’re looking for some invaluable tips on self-publishing your first title, Virginia (who speaks perfect English) is happy to lend a helping hand. 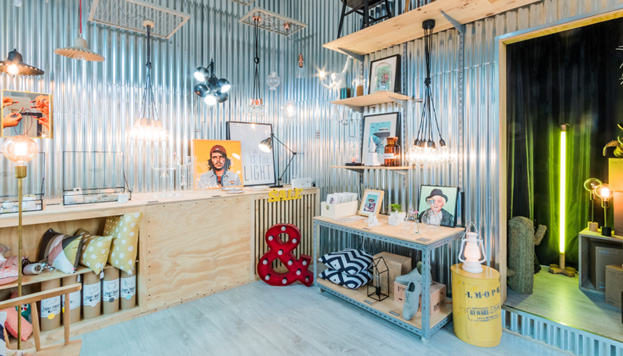 A generation of talented Spaniards have been forced abroad in search of greener pastures but thankfully many are beginning to drift back home. Among them are Asturian designer Joaquín Cachón and architect Agusto Munhoz (who’s actually Brazilian but considers himself an adopted Madrileño). The pair moved to Madrid at the end of 2014 after a three-year stint working in Rio de Janeiro and channelled their creative energy into their design repository DOOC (which stands for Diseño, Objetos, y Otras Cosas or Design, Objects, and Other Things). They opened their well-illuminated shop in the middle of 2015 and it’s located a few paces from Malasaña’s colourful Plaza Juan Pujol. The duo already had their own brand of cushions and lights (including desk lamps, standing lamps, and light shades), which they had been purveying in design fairs around the world, but decided to invest in good old-fashioned bricks-and-mortar retail. “The idea was to go beyond just a showroom of our own designs so we stock objects that we like and that compliment our collection,” says Munhoz. The corner shop overflows with a plenty of good gift ideas from crockery, candle-holders, and small furniture and there is a mix of local and international designers such as Bloomingville, Lara Lars, Seletti, and HK Living. “We are constantly scanning design fairs and always bring new objects back with us,” explains Munhoz. “It’s important to evolve.”