Madrid is the new Berlin 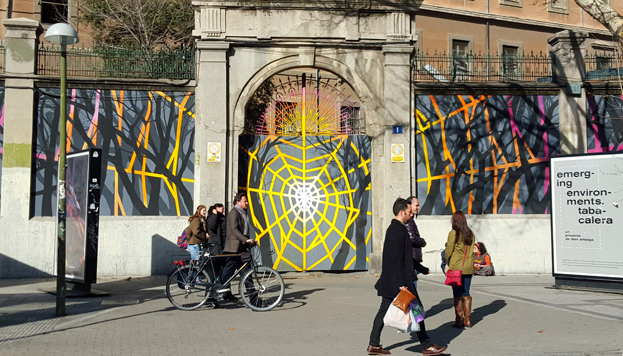 Yep. You heard it here first. The Spanish capital is experiencing a bit of a moment. Tough economic (not to mention political) times have spurred an awakening; driving more creativity, solidarity, and transformation on this city’s streets than ever. Berlin has been attracting the world’s drifting bohemian class for the better part of two decades, but the tide of gentrification has finally taken its toll and rising rental prices plus a wave of commercial developments are prompting people to look elsewhere.

As usual, Madrid – Europe’s third largest city – is flying under the radar. Sunnier and sexier than any other city in Europe, here are ten reasons why Madrid is the new Berlin. 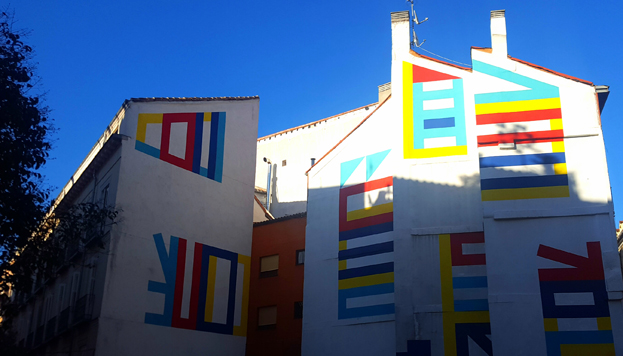 1. Madrid basks in more sunlight than your city

Grey skies and freezing winters are synonymous with miserable faces (no-one’s pointing any fingers at you London, Stockholm or Berlin), and as Europe’s second sunniest capital (Lisbon is #1) it’s unsurprising that Madrileños have a sunny disposition too. There might not be a sandy beach to soak up the rays, but locals tend to stretch out on the grass and pavements of parks and plazas en masse at all times of the year – yes, even in winter. 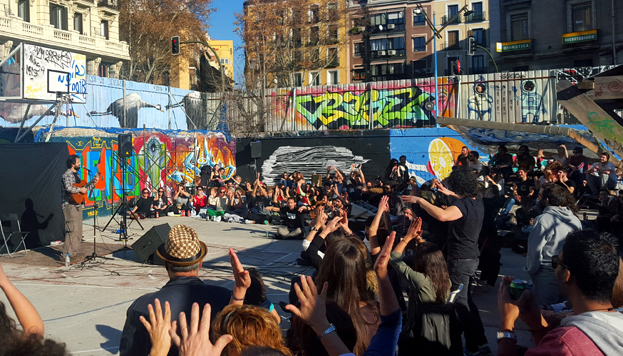 2. Art has taken root among the rubble too

Wander the dark innards of former tobacco factory turned community arts precinct La Tabacalera for a daily dose of exhibitions, concerts, workshops, and neighbourhood initiatives; visit the re-imagined train repairs warehouse a short walk from the Atocha station known as La Neomudéjar, an independently managed centre of creative and experimental art; or stroll down to Campo de Cebada in La Latina, a former building site converted into a neighbourhood-managed plaza that hosts concerts, street art, farmers’ markets, urban gardens, and even a library that loans tools to residents. Campo de Cebada’s success in encouraging residents to create and manage their own space has earned accolades (and prizes) from urbanists and institutions around the world. After years, of re-purposing historic edifice and disused spaces, and with an upcoming city-council plan to convert smaller vacant city lots into mini-parks, Madrid is quietly becoming a trailblazer in how to occupy the neglected urban domain. 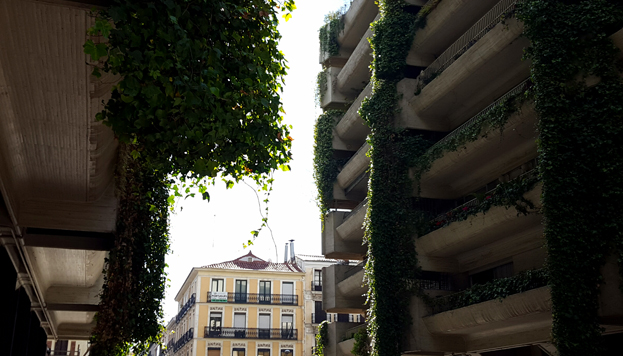 3. A dark history lays in the shadows too

Berlin puts the chequered chapters of its history on a retrospective platter for all to see. Madrid might be coyer about the darker periods of its past – but you never need to look far to spot relics of the Spanish Inquisition, the country’s civil war, or the gruelling dictatorship that proceeded it. An inconspicuous miniscule sign marks the spot of the Supreme Council of the Inquisición; magnanimous fascist architecture commissioned by Franco is slotted into the urban sprawl (check out the colossal Nuevos Ministerios complex and the architectural anomaly that is Fernando Higueras’ brutalist military housing block, Edificio Princesa). 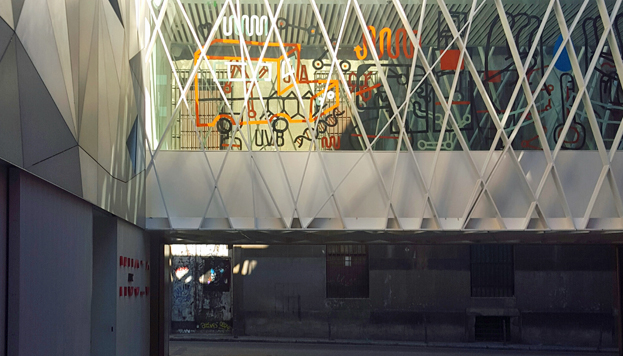 The Prado, Thyssen, Reina Sofía ‘golden triangle’ are only part of Madrid’s artistic parcel (although admittedly it’s hard to look past Velázquez, Goya, Picasso, Dalí and Miró). The city concentrates around a quarter of Spain’s galleries as well as ARCO, the country’s biggest art fair, but there are plenty of other lesser known institutions worth a visit. Check out the Matadero arts precinct inside a reformed slaughterhouse on the banks of the Manzanares river, the Museo ABC in Conde Duque which is dedicated to the art of illustration, and La Casa Encendida which has a more youthful edge. If you’re looking to purchase a piece of local art, take a walk down the independent gallery strewn street Calle Doctor Fourquet or stroll through the Salesas district to get a gauge on the city’s creative pulse. 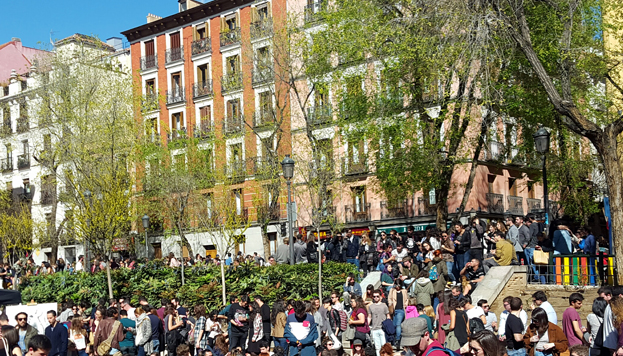 5. This city is young and young at heart

Forget Kreutzberg. Madrid is a patchwork of personable districts that have been taken over by the young. Malasaña, a hotbed of bars and retail, is the clear leader, but neighbouring Conde Duque is home to some of the city’s most talented creatives. Chueca is an LGBT enclave in the city centre; the multicultural feast of Lavapiés is an inexpensive rustic inner-city mecca; even the infamously antiquated Rastro is experiencing a bit of a revamp as artists and designers have been snapping up new studios. Unlike most other cities, the young happily share the urban domain with the old (and vice versa); and it’s not uncommon to see an elderly patron sipping a caña alongside the more raucous young’uns. 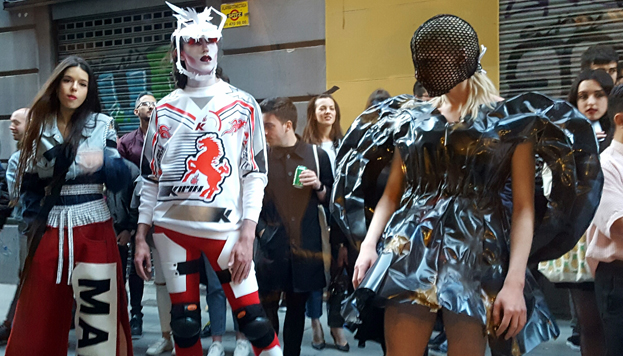 6. A new generation of performance art is pushing boundaries

If you happen to be walking along Calle Juanelo and stumble upon a live, possibly nude, and probably provocative performance in the windows of La Juan Gallery, try to conceal your surprise; this is all part of normal neighbourhood life. The gallery is part of a growing trend that has seen experimental, no-holds-barred artistic performance flourish. La Juan Gallery (Local C, Calle Juanelo 21) throws its very public spotlight on performance as an expression of art – even going as far as converting the entire space into an exhibitionist it-girl’s bedroom for 24 hours. In contrast, the Teatro de Barrio (Calle Zurita 20) in Lavapiés looks like a more traditional theatre. Set up at the end of 2013 by a rag-tag collective of actors, political scientists and economists, it is anything but conventional. Putting some of Spain’s seminal, hot-button social and political issues under the glaring spotlight, such as corruption, the future of the monarchy, and the limits of free speech has ensured the theatre makes plenty of its own headlines too. Malasaña’s Microteatro Por Dinero (Calle de Loreto Prado y Enrique Chicote 9) also stages one of Madrid’s more unique gatherings of local thespians, directors, and scriptwriters. With fifteen minute performances inside five petite room-sized mini-theatres, this is one of the city’s best creative incubators for rising stars. Fuelled by tricky times out on the streets, Madrid’s new cultural renaissance has a knack for penetrating the fourth wall – and the results are both flamboyant and compelling. 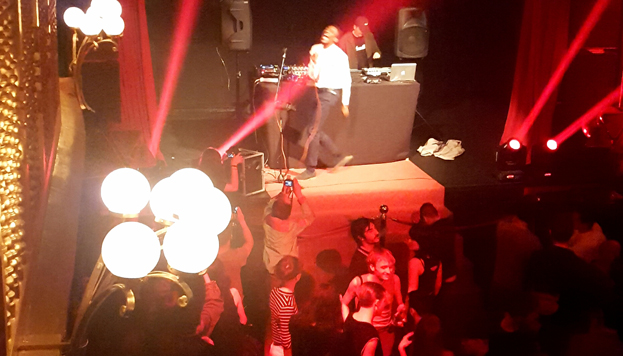 7. Madrid is the capital of Spanish Party Stamina

Admittedly no-one can compete with the pulling power of Berlin’s Berghain, but if you’ve ever been to Ibiza, you’ll know that the party stamina of the Spaniards reigns supreme. Ever wondered where all that reckless energy goes when Ibiza’s party season comes to a close? Well, most of it flocks home to Madrid. Famed for its nightlife from the infamous counter-cultural movement La Movida in the 1980s, the city experienced a bit of a lull in the late 2000s, mainly thanks to the restrictive efforts of two conservative mayors. The good news is that Madrid’s untameable nightlife spirit has struck back, with new clubs opening, more massive street parties being held, and plenty of covert venues adding some secretive style to the wee hours. Some of the best new joints include Cha Chá (a private club that opens only on Fridays and requires your name to be on the list for entry); Trueno (every Saturday in the legendary Sala Sol); and META (stylish electronica in the Goya Social Club just one Saturday a month). A night out in Madrid has a tendency to continue on into the day, so be prepared to run a marathon. 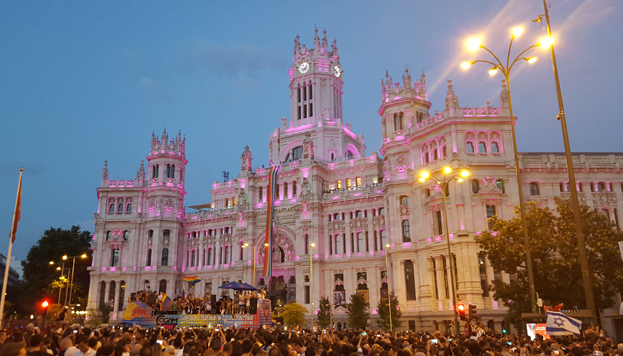 Europe has been lacking a colossal libertine street party since Germany’s Love Parade was permanently cancelled in 2010. Madrid’s main gay pride parade – a colourful, cosmopolitan bash that is attended by most of the free-loving city – is a worthy replacement. Around 1.5 million people take to the streets – from families to teenagers, young-at-heart Spanish grandmas, and even a few carefree nudists – which makes this look and feel like one of the most easy-going, tolerant places on earth. This year it will take place on July 2nd and is expected to be bigger, better and louder than ever. 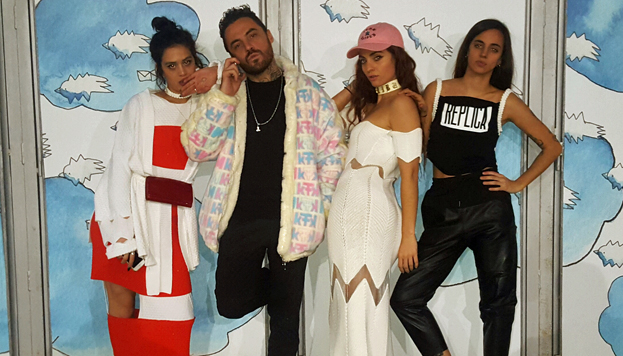 Berlin’s former mayor once proclaimed his city as “poor but sexy,” but you only need to walk through the Madrid streets for five minutes to realise that this city is a sultry metropolis seething with sensual energy. Madrileños are renowned for their intense, flirtatious stares and often call out “Guapa!” or “Guapo!” for added effect. The entire city has an affection for hugging and kissing (the term PDA does not exist in Spanish). Throw in the Spanish capital’s genetic Latin flavour and warm climate and all bets are off… 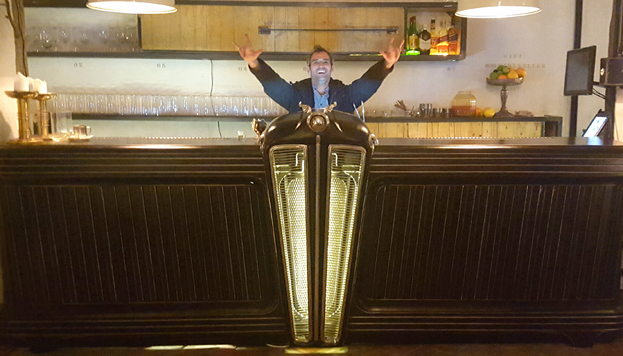 10. The city’s best secrets are out of sight and hard to find

As the city has morphed into a more cosmopolitan capital city, a new breed of entrepreneurs has been quietly transforming some obscure places into popular places to eat, drink, and be merry. Unfortunately, most of them are so hidden away you’ll need a local to take you by the hand – or some insider information to push you in the right direction. The historic newsroom of a defunct daily has been transformed into El Imparcial (Calle Duque de Alba 4) a beautifully designed restaurant, café and gift shop. A former bread factory in the Salesas district is now an organic-themed mini market and restaurant called El Huerto de Lucas (Calle San Lucas 13). While the showroom of eccentric metal furniture designer KikeKeller in the Malasaña district (Calle Corredera Baja de San Pablo 17) becomes an equally eccentric bar by night. If you’re hoping to discover more of the city’s secrets, strike up a conversation with some Madrileños and they’ll be sure to share their favourite secret spot (and maybe even join you for a drink).