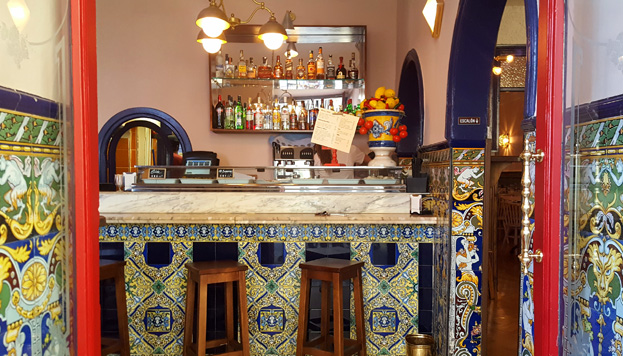 Madrid’s characterful old bars and tabernas are monuments in their own right. These living, breathing, drinking time capsules are as much a part of history as they are an enduring feature of daily life. In Madrid, bars are not merely drinking holes; they are ground-dwelling extensions of residents’ living-rooms. Places to meet, eat, chat, read, reflect, and yes, of course – drink. In recent years, Madrileños have bemoaned the slow but steady disappearance of some of the city’s most beloved bars; closing down in the face of tough economic times and inflamed by the expiration of an antiquated rental law (that saw some rent prices skyrocket). Yet, some of the city’s oldest, most beloved bars are being passed on to a younger generation, providing a drop of hope for the longevity of these ancient institutions. For the latest outing of ‘Raising the Bar,’ stake out a spot at the recently re-badged Casa Macareno, order a caña, choose your ración, and raise your glass to celebrate this month’s most treasured bar de Madrid. 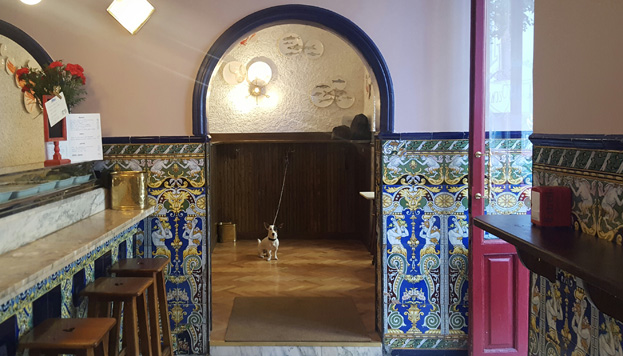 “The original owners of this bar had been wanting to retire for over twenty years. My name is Sergio Ochoa and I’ve lived in Malasaña for as long as I can remember. I stumbled upon an opportunity to breathe new life into this bar almost by accident. It first opened as Felipe Marín y Hermanos in 1920, then became Las Campanillas until the 1950s and was finally known as Casa Do Compañeiro. The previous owners have been serving the locals since 1967 and soon made a name for themselves as the most popular, working-class bar in the barrio. During the bar’s golden era the claim to fame was having the best pulpo (octopus) in Madrid. However, in the nineties the bar fell into a lull and the owners hatched a plan to hang up their aprons for good. Unfortunately, their dreams of early retirement were delayed by two decades. It was only after a chance meeting that I, together with my partners Julian Lara and Pepe Roch, became the new custodians of this legendary establishment, which we’ve re-badged as Casa Macareno.” 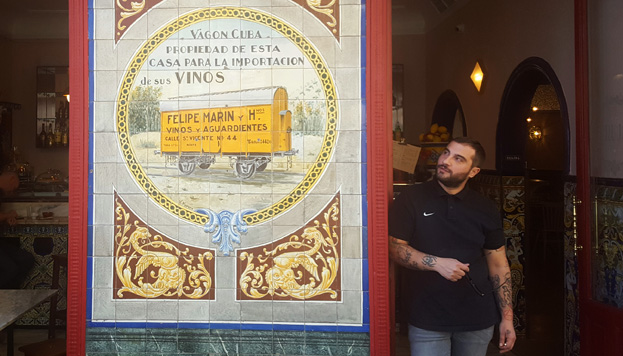 An elderly vecino walks into the bar, orders a caña and a pincho de tortilla and plonks himself down on a stool alongside some distinctively younger (and louder) patrons.

“We’ve reformed the place from top to bottom, but I took great care to respect the original elements. I always strive to convey an appreciation for the classic, traditional values of Spanish hospitality, while giving things a modern, younger edge. My other projects reflect this: from Bar Corazón to the beer label ‘Malasaña’, the main idea is to inject a heightened dose of quality to old places or products. At Casa Macareno this is evident in everything from the food to the service, but the most obvious symbol of this philosophy are the hand painted ceramic tiles lining the walls. The tiles have their own back-story; one of the previous owners bought them from merchants who were selling materials from a crumbling castle north of Madrid. These colourful, modernist frescos are part of Spanish history but also define the entire space. 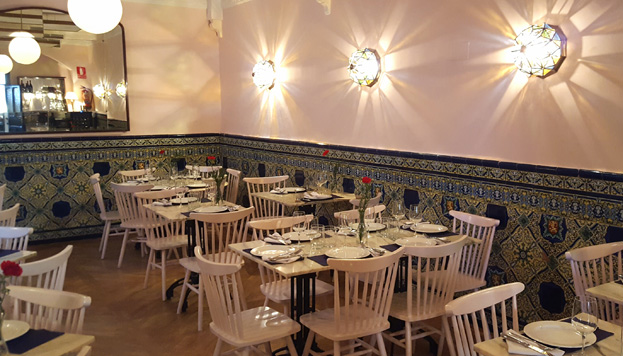 A table of blonde-haired foreigners can be seen admiring the hand-painted tiles lining the wall before they tuck into their large croquetas and the steaming plates of the menu del día.

Good service is an integral part of having a successful restaurant. There are certain characteristics that define a good waiter. It’s not just about techniques such as knowing how to cut and debone a fish in front of the customer, or just about good speed and knowledge, it’s also about attention to detail; knowing when to re-fill a glass, the right moment to offer more bread, and having the right character that knows how to talk to a customer so they feel welcome and at home as they eat lunch or dinner. A smartly dressed waiter darts from table to table, re-filling glasses and removing empty dishes with an understated level of finesse, as the roar of a busy lunch service continues uninterrupted.

“The food here isn’t the product of an exhaustive process of research and development; at Casa Macareno the focus is simple: quality ingredients, a menu elaborated with classic Spanish recipes, and just a few international dishes to add some extra flavor. My chef and business partner Pepe Roch has designed the menus for some of Madrid’s best eateries, and has ensured that everything from the croquetas to the daily offering of the menu del día reflects our commitment to quality. As far as drinks are concerned, we offer a variety of independent beer labels, and people enjoy stopping in for a vermouth with a banderilla (a small skewered tapa). We’ve even kept serving the beloved yayo – a vermú madrileño that comes with a dose of gin – something that the previous owner is particularly happy about.” 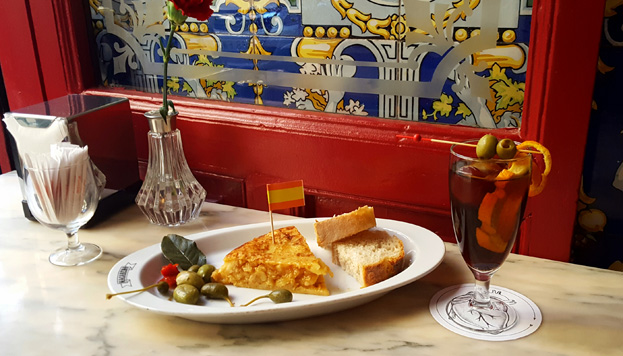 The spritely woman behind the bar hands over a small yayo (vermut with a dash of gin) to a mild-mannered man on the other side. In Malasaña (and in Casa Macareno), old customs die hard.

“Around the country, a new generation is renewing traditional tabernas, and we are beginning to see this on the streets of Madrid. Believe it or not, currently there isn’t any legislation that protects the interior heritage of this establishment, which is worrying because anyone could have taken over without any regard for the historical elements. I’ve been reassured to hear positive feedback from the neighbours, who were worried that the new owners were going to destroy the place, but are both relieved and happy about the way we’ve given it a new lease on life. I plan to fight to get special classification for Casa Macareno so it survives in its current form for years, decades, and even centuries to come.” 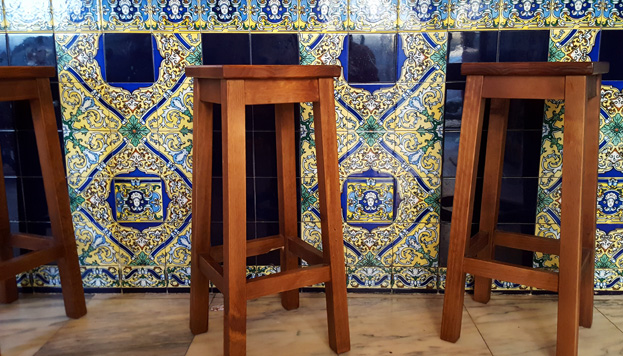 As the lunch service comes to an end, the commotion of Casa Macareno moves to the front bar where a group of senior patrons can be seen striking up a lively conversation with a group of millenials enjoying an afternoon drink. The perfect afternoon portrait of daily life in just one of Madrid’s endless network of bashful bars.