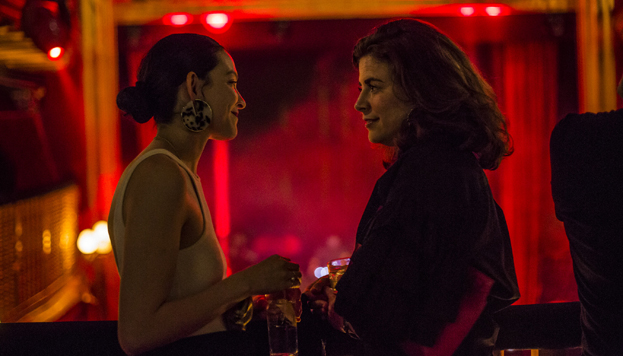 You’ve heard the slogans. You’ve been told about Madrid’s uncontrollable nocturnal nature. You may have even tried to get a taste of it yourself. Sadly though, over the past few years Madrid’s famed nightlife fell into a state of entropy. Some blamed the economic crisis, others the consistent crackdown from city authorities. Suffocating controls even saw some beloved venues close down for good. For a while there, it looked like Madrid was going to lose its reputation as one of Europe’s most rambunctious cities.

Not any more. Thankfully, there’s been a turnaround. A combination of youthful entrepreneurialism and a more progressive city council has seen a sudden new surge in places where you can wear out your dancing shoes; Madrid’s nightlife is striking back like never before. Some are even talking about a new Movida. With something to cater for every musical taste, here is a swift run-through of some of the best, newest and wildest places where you can paint the town red well into the wee hours. 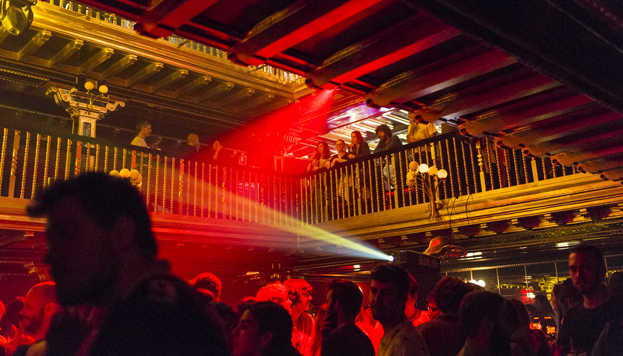 Madrid’s newest club has been making waves in the city’s social scene since it opened at the beginning of the year. Found inside a century-old theatre that was once the secret stomping ground of a former king, a more democratic crowd is now scrambling to get inside and let their hair down. The three levels of the red-velvet clad interior are embellished with golden banisters and glowing neon, but it’s the diverse crowd that really brings ChaChá to life. The preferred haunt of Madrid’s creative and fashionable class, ChaChá succeeds in uniting everyone from actors to aristocrats and frequently showcases live local and international music talent. As a private members club, the only obstacle is getting on the list – although word on the street is that if you contact the club via Instagram (@chachatheclub) you just might succeed in getting inside. 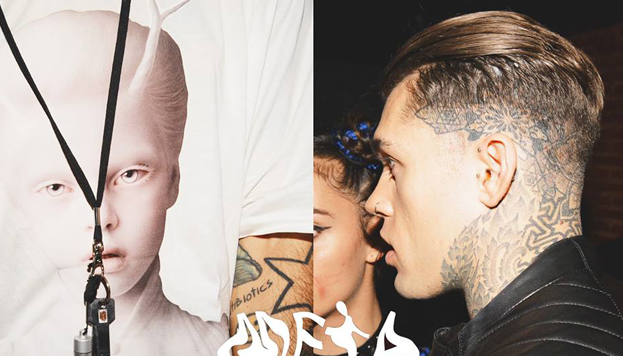 Cumhur Jay and Fran Alan started their started monthly electronica outing META in September last year. Held on the second Saturday of every month inside one of Madrid’s best medium-sized clubs, the Goya Social Club (respected for its sound quality and sleek interior), META is for true electronica aficionados. Music-maker and META co-founder Cumhur Jay always strives to bring international acts to the Spanish capital and hopes to cultivate a stronger following on the local scene. “The focus in on cutting-edge techno. It’s never too hard, which means we attract a broad spectrum of people who enjoy electronic music,” says Jay. Goya Social Club has a capacity of 250 people so Jay’s advice is to turn up well before 2am. 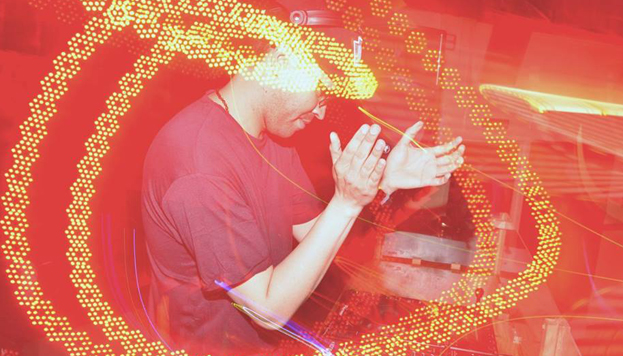 The legendary Sala Sol has seen decades of popular party-nights stampede through its doors, but Trueno, which is held every Saturday night, is particularly special. High ceilings, high volume, and high-intensity music make this one of the best Saturday night parties in the city centre. Trueno’s success has also seen the party inaugurate a second edition in Ibiza’s state-of-the-art venue HEART this summer. Back in Madrid, the crowd might be young and restless but quirky touches such as the elderly bow-tie-wearing barmen and the grand circular staircase that leads down to the main hall give this party an eccentric edge. 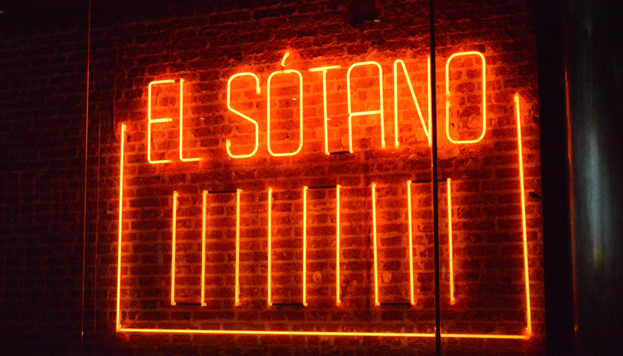 This semi-private club opened a year ago in La Latina and it’s already one of the hottest ‘underground’ indie clubs in town. Even though you need to become a member to get inside (owner Gaskón Torrego is quick to assure anyone that it’s a fast, simple process), El Sotano is frequented by a broad cast of alternative music-loving characters. A touch of red neon adds to the ambience, exposed brick walls are emblematic of the gritty musical mash-up, and the commotion on the dance floor doesn’t usually let up until the lights come on – just before the sun comes up.

Music: Indie, rock, soul, and a bit of pop 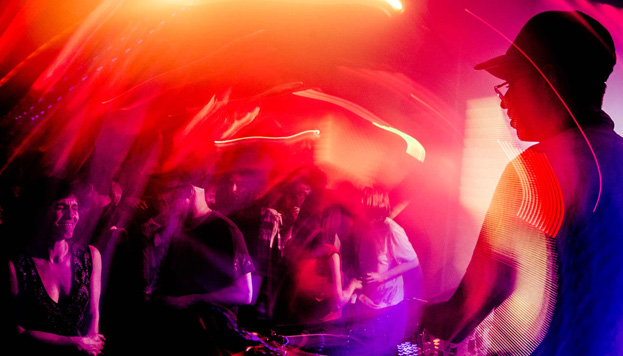 Live music lovers were aghast when news broke of the imminent closure of the beloved Café Berlin; a venue that has been staging eclectic concerts from samba to soul for years. The iconic art deco interior may have been shuttered for good, but thankfully – and to the relief and joy of everyone – Café Berlin recently re-opened at a second location. The new venue is slightly bigger which means owners Jorge Rueda and Pato Almada have even more freedom to programme evening concerts and then convert the entire space into a nightclub that simmers to the beats of DJs late into the night.

Entry Price: * Depends on the concert 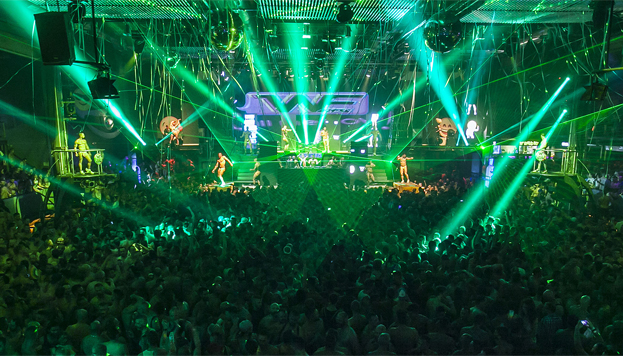 This is one of Spain’s biggest and boldest macro-clubs. With a capacity of 10,000 people, two massive halls, an outdoor garden space (there’s even a river), and plenty of technical wizardry, Fabrik is the natural home to all of the huge parties in Madrid. Sure, it’s not in the city centre and getting there involves a 25-minute cab ride, but an isolated location means the club never has to deal with noise complaints from any cranky neighbours – meaning the massive party can continue late into the night (and day). When big-name DJs such as Steve Aoki or Martin Garrix come to town, Fabrik’s triple-decker stage is where they come to delight crowds in their thousands. If you’re looking for a big weekend out, check the program first – so you know exactly what you’re getting yourself into. 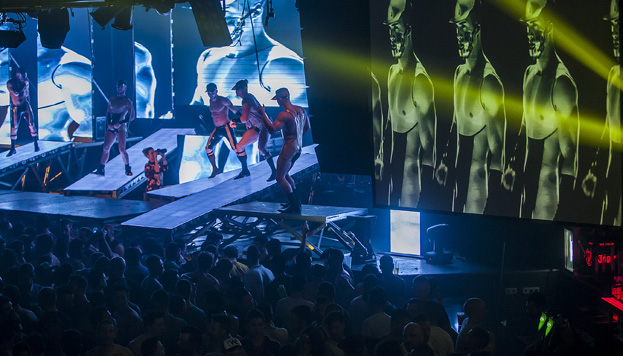 WE Party at La Riviera

The Spanish capital is one of the world’s most gay-friendly destinations, which means the city has more gay clubs and club-nights than anywhere else in the world. The reigning champion of this wild part of the Madrid night is the WE PARTY. Celebrated once a month (usually to coincide with a long-weekend) inside La Riviera on the banks of the Manzanares river, the WE Party Group are masters of spectacle. Bringing together the best-looking go-gos, gyrating dancers, singers, video-installations and a healthy dose of humour – this is an untamed extravaganza that reflects the city’s penchant for partying hard. It’s been such a success that the WE now tours the world. If you want to experience the true pulsating party spirit of Madrid, the WE dance floor is where you’ll get a taste.