Fans for the summer 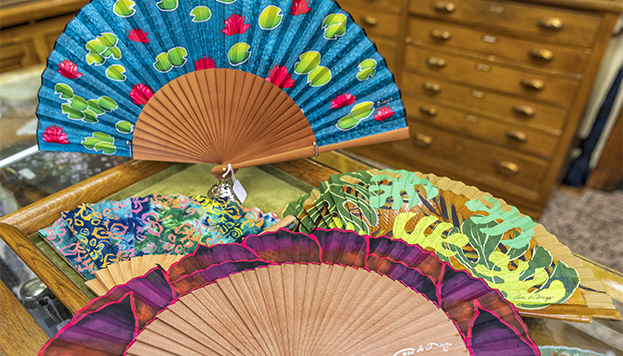 With over 2,800 hours of sunlight per year, our city is one of the sunniest capitals in Europe. In these two shops, one classic and the other modern, you’ll find the perfect summer accessory. 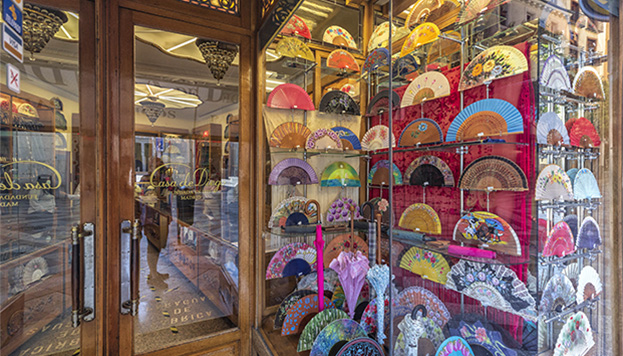 They have fans without any fabric, lace fans, plain fans, fans hand-painted with flowers… Casa de Diego has been supplying Madrid’s residents with fans for 197 years, first from the original shop in Calle del Carmen, and, since 1858, from a second branch in Puerta del Sol, our city’s Kilometre Zero. It’s the oldest shop you can visit in this crowded, centrally located square. It’s even older than the famous clock of the Casa de Correos building, inaugurated in 1866 by Queen Isabella II. 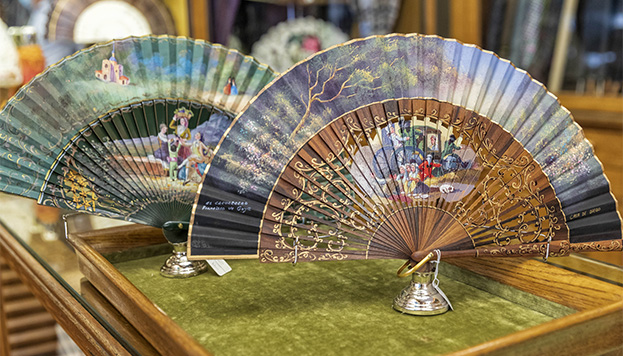 Six generations have run the business, year after year, from behind the counter of Casa de Diego, whose motto, “It’ll rain tomorrow”, has little to do with the must-have accessory of the summer. These sorts of shops were quite common in the late 19th century. In the autumn and winter, they sold umbrellas to protect people from the rain, and the rest of the year they sold fans to make the high temperatures more bearable. They continue to operate that way to this day, although on their shelves you’ll also find walking sticks, shawls, combs, castanets and parasols that are also perfect for the summer season, or at least they were in times gone by. 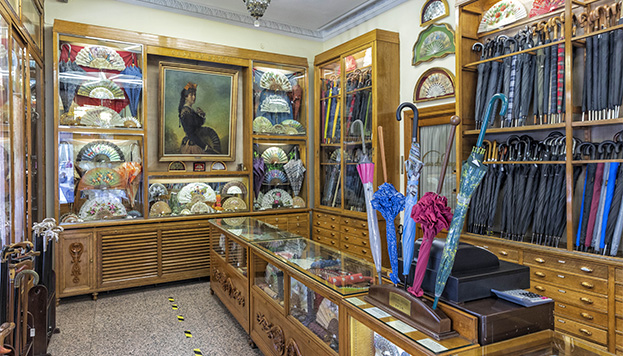 The centuries-old shop’s catalogue offers 8,000 different fans, each of them made using traditional artisanal methods. Some are very old and are mounted on various types of mother-of-pearl, bone and fine woods. The fans with no fabric are perfect for those who appreciate the range of decorative possibilities, colours and textures offered by materials like ebony, verawood, rosewood and shell. 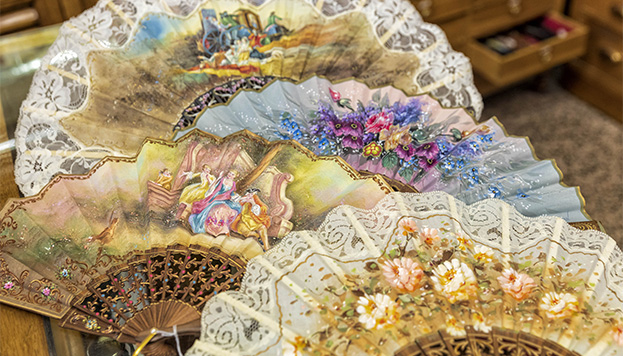 How much they can cool us down depends on the flexibility, quality and amount of the material used to make them. At Casa de Diego you’ll find everything from mini-fans to giant models intended to be wall decorations. And for men? There are also fans for men, but they’re smaller, so they can more easily fit in a pocket. There’s a branch, or perhaps it would be better to call it a museum that shares space with a workshop, located at no. 4 in Calle Mesonero. 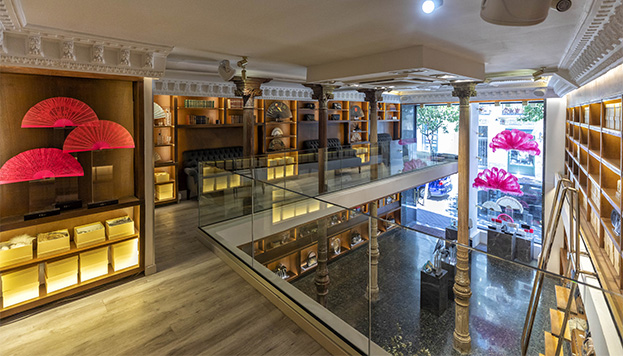 Opening and closing a fan is an utterly sensual movement. Or at least, that’s the view taken by French designer Olivier Bernoux, whose mother is Spanish. For six years he has been fashioning dreams out of ebony, olive wood, natural ovangkol, kingwood… Long translucent sheets of Italian silk, Spanish cotton voile, poplin and French guipure are embroidered and manipulated in ateliers by master craftspeople who create true gems that are the perfect complement to any look. To achieve the best results, it’s essential to choose the foremost experts in jewellery, leatherwork, pleating and even sculpture. 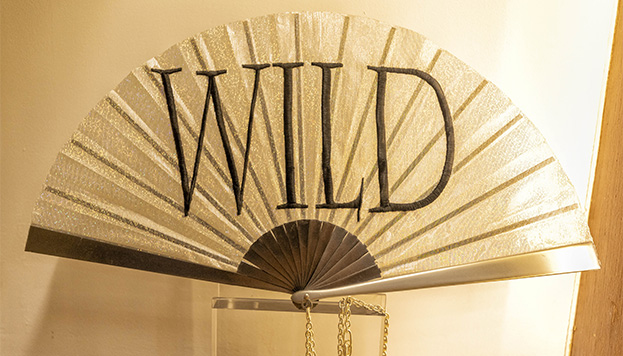 Featuring feathers, extremely long tassels, crystals and precious stones, gold and silver details, skull prints, suggestive messages (“I’m hot”) and –why not?– horns, Olivier’s fans have become coveted objects of desire. International models like Irina Shayk, contemporary divas such as Rosalía and actresses like Jane Fonda and Rossy de Palma, who Olivier considers his muse, have all posed with them. 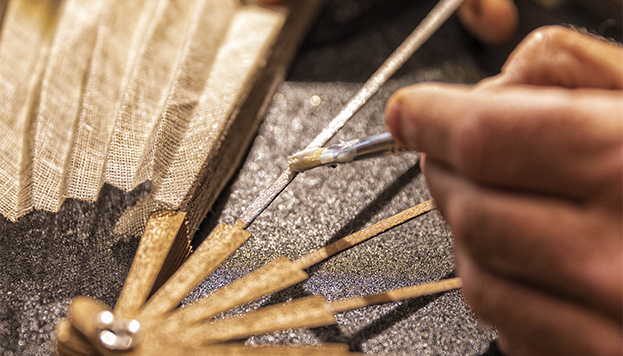 His designs can be purchased in various locations around the world, from New York to Porto Cervo, on the coast of Sardinia, but his maison is here, in the city of Madrid, in the always chic neighbourhood of Las Salesas. In it you can view countless fans, but you can also see how they assemble them one by one. It’s a real experience! Blending tradition with innovation, quality, creativity and originality is the principle that guides this true artist, who is obsessed with striking a balance between femininity and comfort. It’s a true challenge that shows that this unique invention –whose origins are lost in the mists of time, centuries ago in the Orient– is still trendy.