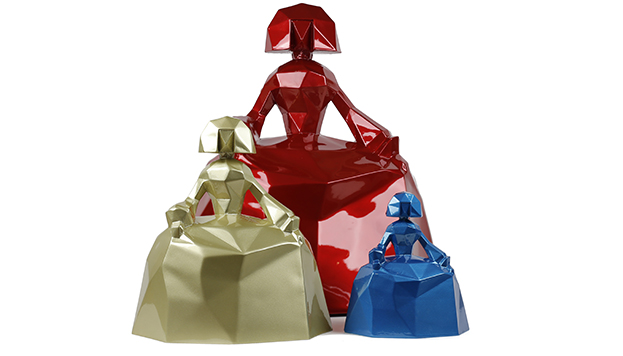 Before we go any further, a little background history: the Meninas were girls of noble birth who were sent to the palace to serve the queen or her daughters. The most famous Meninas are the ones depicted in Diego Velázquez’s painting, which is named after them. These maids of honour have become an icon of our city and today they act as genuine muses for many workshops and artists in Madrid. Here is their work, and this is the perfect time of year to share the magic of Madrid! 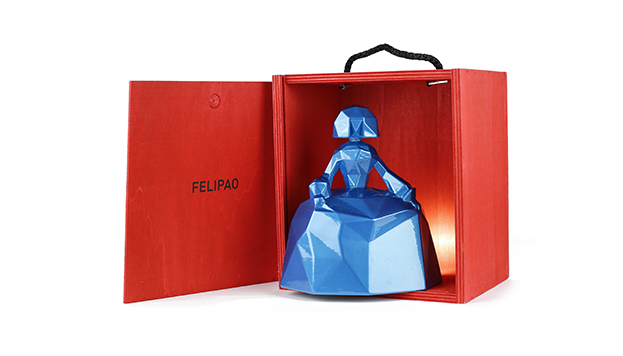 “As far as I’m concerned, Velázquez is the best painter in history. Creating a totally new Menina, in keeping with the technological and digital world of today, was an exciting way to challenge my creativity”. Felipao is the author of the first and only polyhedral Menina, with a body built from 448 different faces. A highly innovative design that he makes by hand in three sizes of your choice, 32 or 52 centimetres or a larger one that stands 1.65 metres high. One thing is for sure, they are all an explosion of colour: “it’s what breathes life into my sculptures and into any object”. 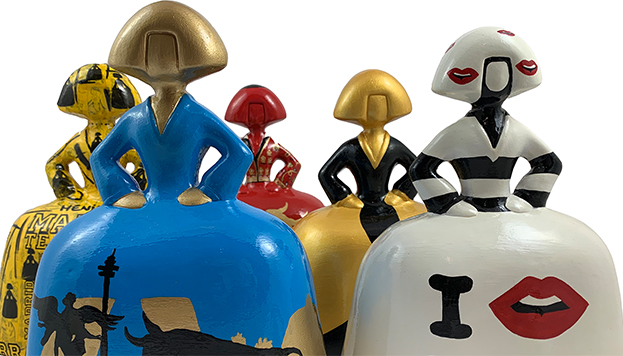 A passionate lover of art and design, Antonio Azzato is the alma mater of the Meninas Madrid Gallery which, every year, fills the streets of our city with sculptures representing the subject of Velázquez’s painting. “I’ve been studying it for many years. One day I saw someone crying as they were gazing at it in the Prado Museum, and I realised that this masterpiece of painting is in fact a system of mathematical equations and that there is still one mystery yet to be resolved: The painter standing behind his canvas, what was he painting?” Whatever the answer, Azzato’s objective is clear: to free the Meninas! A self-described citizen of the world, this Venezuelan, of Italian-Spanish origin, lives and works in Madrid, from where he sends these universal icons all over the world. He accepts orders to customise his Meninas, which range in height from 180 cm to just 40, and he even has a mini version (27 cm) of the ones on display outdoors. He also sells T-shirts, sweatshirts and DIY kits so you can decorate your own Menina! 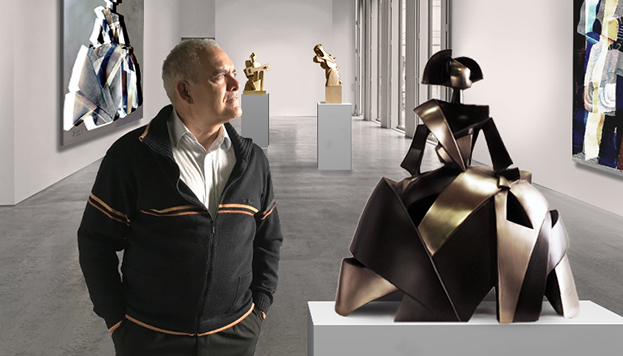 For this creator from Madrid, art is idea, the rest is emotion, sensitivity, craft, technique, ingenuity, technology and skill. Quite a declaration of intent by this permanently restless artist whose work always cleaves to an incessant search for beauty. The work of Juan Gris or Pablo Picasso, together with the sculptures of Gargallo, Lipchitz and Archipenco, created a perfect cocktail in his way of understanding Cubism. Different approaches that eventually gave him his own hallmark, which is captured perfectly in his two Meninas. Made from air and metal in cast bronze, and from air and wood, they are both 64 cm tall. The sculptures belong to a limited and original serialised collection. 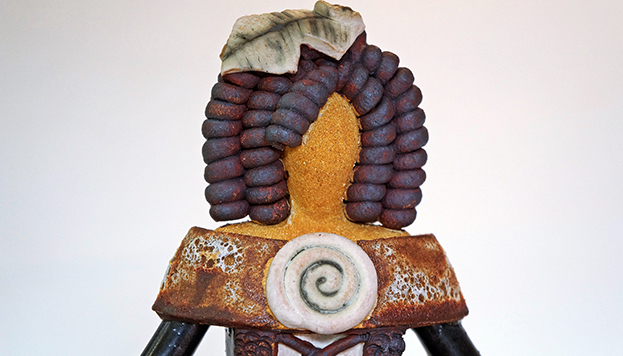 Ana Clavero and Olga Nadales are the two master craftswomen behind Sala El Taller, a ceramic design and manufacturing studio that specialises in decorative objects and sculptural works. For them, the Meninas “are an icon that truly represents Madrid” and that’s why they make them “with lots of tender loving care” in their workshop. They use refractory clay that they model by hand during the manufacturing process and then again in the subsequent decoration, which involves brush painting, incision, the use of glazes created in their own laboratory and the application of ceramic oxides. When it comes to design, everything depends on inspiration. “We always give free rein to our imagination!” 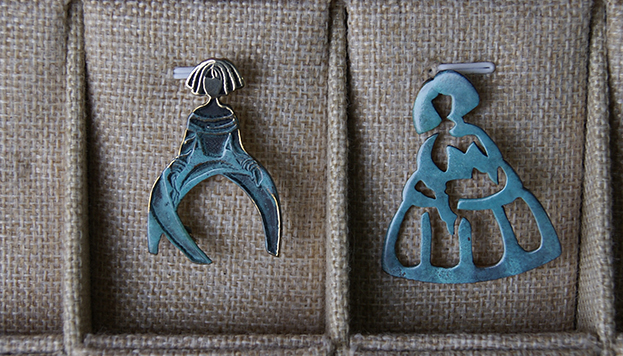 Rosario Llena has been creating handicrafts from her workshop, HAZ, for the past 30 years. It’s a name that is very special to her: “For me it means the union of diversity”. When she discovered clay modelling, she became very enthusiastic about being able to take an idea and give it a shape. To bring it into the tangible world using all sorts of different materials. “Ever since I was mesmerised by a Henry Moore exhibition, I’ve been fascinated with working with volume and space,” she says. When she set out to make her Meninas she knew that she “wanted to make them in a rather unconventional way, but I also wanted people to recognise the figure straight away”. The sculptures are made in bronze with different patinas, on a marble base. Some of the pendants and brooches are made of brass, others with a layer of patina, and yet others in gold. 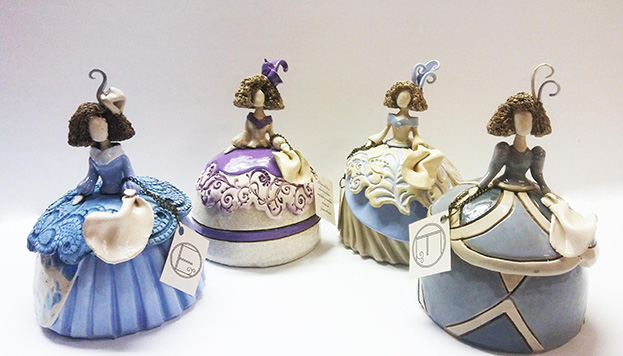 Talking to us from his workshop in the Chamberí district (Calle Galileo, 43), Carlos Franco is quite clear about one thing: his creations are ideal “for a special gift or to decorate just about any corner of the house”. Although he has objects that you can buy on the spot, everything here is made with the customer’s taste and whims in mind. One of its specialities is artistic ceramics, a modality that includes his beautiful Meninas. The smaller 15 cm ones are modelled in white refractory clay and decorated with an oven-fired glaze. The larger ones, in hand-made white clay, are also decorated with a glaze that is triple-fired in the oven. But there’s more! Carlo also makes lamps. “They are made of a white porcelain that is referred to as “imperial jade”, and they are glazed in antique white satin which is handcrafted recipe for fire glazing. They come in two formats: they can either hold a candle or a light bulb”. If you’d like to imitate him then all you have to do is sign up for his classes, for all levels.

As everybody knows full well, the Meninas’s home is the Prado Museum, standing in Velázquez’s famous painting. But they are also one of the most treasured souvenirs that you can buy in the museum shop. They are available in 3D, made from sustainable birch plywood, and you can also find them decorating fans made from polished pear wood, on clothbound notebooks, and in the shape of pendants made by hand with 24-carat gold-plated sterling silver.