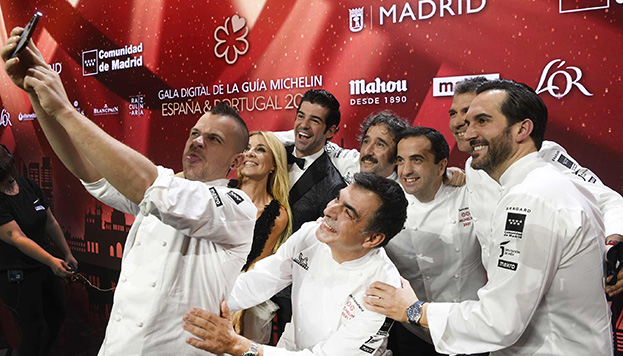 This year Madrid was chosen as the host city for the presentation of the new Michelin Guide Spain & Portugal. These are the restaurants in our city that will be proudly showing off their stars in 2021. It’s time to check them out! 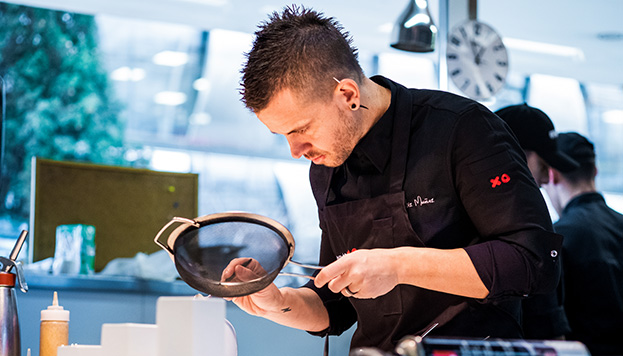 Dabiz Muñoz’s virtuosity in the kitchen is a universally well-known fact. In 2013 he achieved something that had long eluded our city: a restaurant with three Michelin stars. Since then DiverXo (Calle de Padre Damián, 23) has done nothing but grow, surprising us time and again with new ways of understanding the gastronomic experience. The Madrid-born avant-garde chef offers an intense journey through his hedonistic, tempting and creative cuisine, where anything is possible. 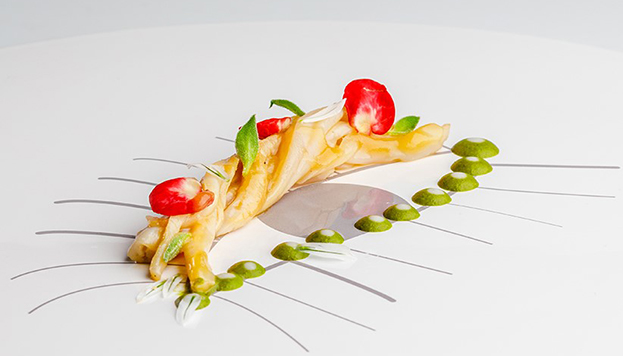 The two-star section of the Michelin Guide features some of the most talented chefs on the national scene. Santceloni (Paseo de la Castellana, 57) will never be quite the same again as in 2021 it will move to a new space in its home at the Hyatt Regency Hesperia Madrid. Not much more is known, although we can be sure that Óscar Velasco and his team will do nothing to shake our faith in them. 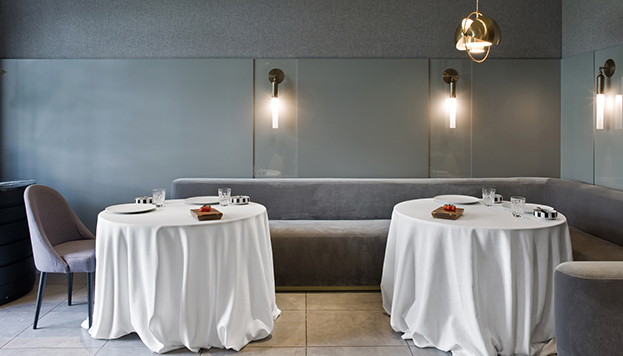 A multi-sensory chef, a culinary trailblazer, a seeker of challenges. That’s Paco Roncero, the man who runs the beautiful restaurant that bears his name on the top floor of the Casino de Madrid (Calle Alcalá, 15). The Madrid-born chef is an expert in reinterpreting familiar dishes and ingredients to breathe new life and possibilities into them. Reinvention is also a watchword at Ramón Freixa Madrid (Calle Claudio Coello, 67) where the Catalan chef has been refining his famous Estudio del Tomate for the past eleven years. His dishes harbour stories that unfold morsel by morsel, compositions that never forget that taste is always of the essence. 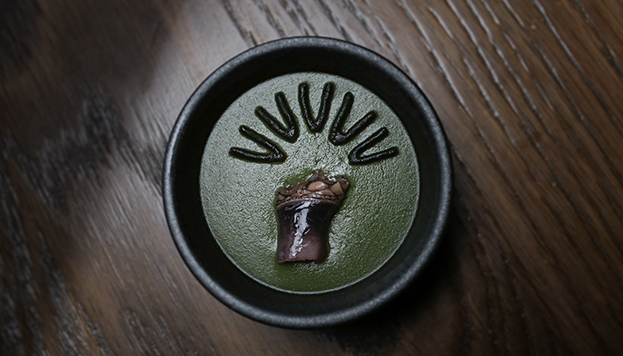 At DSTAgE Concept (Calle Regueros, 8) Diego Guerrero has cast off the shackles to enjoy haute cuisine as an intimate experience. There is no à la carte menu here. Diners can choose between two set menus featuring either 15 or 18 creations. His dishes exude complexity, taste, tradition, technique, fusion… Another step along the way on this emotional journey might well be a table at Coque (Calle Marqués de Riscal, 11). It’s not just a question of smell and taste, it’s also about touch and imagination. Mario Sandoval arouses all manner of emotions with his Earth Menu, with dishes like grilled pak choi with pickled red partridge or crispy red mullet with sea urchin in a tikka masala sauce. Everything is expertly paired with wines from the cellar run by Rafael Sandoval. A third brother, Diego, manages the front of house. 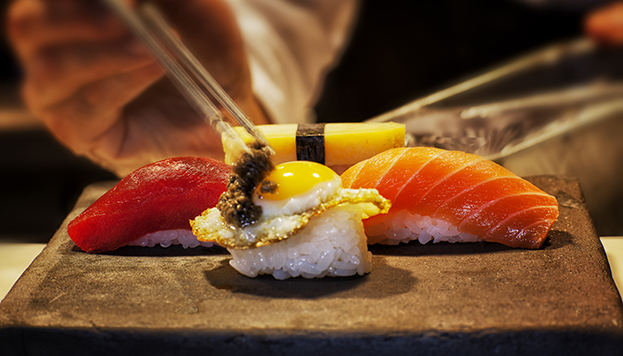 Kabuki (Avenida del Presidente Carmona, 2), the restaurant where it all began for Ricardo Sanz, is the proud holder of one Michelin star. When it opened its doors in 2000, Japanese restaurants were few and far between in Madrid. This was the first bar in Madrid to serve the now ubiquitous fried egg, butterfish and hamburger nigiriswith which Sanz first unveiled the melting pot of Japanese and Mediterranean cuisine that was bubbling away in his head. The kitchen is now helmed by Víctor Serrano, who runs the sushi bar following in the footsteps of his master. Sanz, on the other hand, is currently busy showing off his expertise at Kabuki Wellington (Calle Velázquez, 6). Another connoisseur of Japanese cuisine, Julián Marco, keeps his star well polished at Yugo The Bunker (Calle San Blas, 4), in a restaurant that boasts two different spaces: the upper floor simulates an Izacaya tavern, and the lower one, a Japanese bunker from World War II. 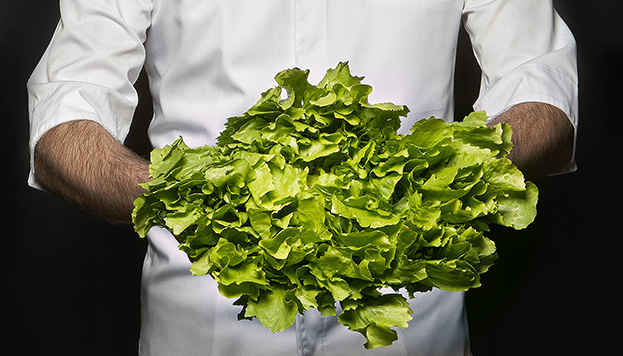 The vegetable kingdom is the cornerstone of Rodrigo de la Calle‘s green haute cuisine. Roots, leaves, flowers, fruits, seeds… these are the ingredients of his success at El Invernadero (Calle Ponzano, 85). He offers four menus: Green, in which all the dishes are suitable for vegetarians or vegans; Red, for those who would like to end up with a meat dish; Blue, for those who would like to finish their meal with a fish dish; and Vegetalia, for those who are keen to delve into the world of ‘gastrobotany’. At this year’s Michelin Gala, El Invernadero was one of the winners of the guide’s new Green Star, with which it recognises restaurants for operating at the forefront of their field with sustainable gastronomy practices. 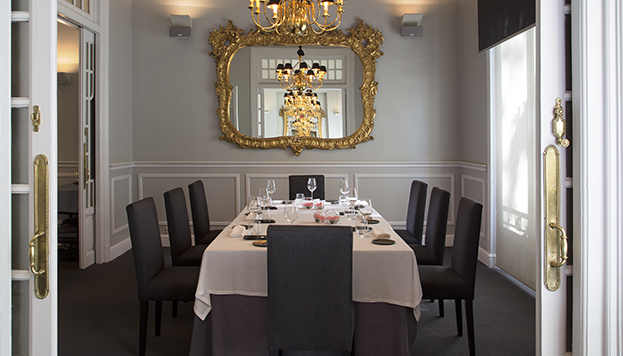 Its exquisite cabrarroca (scorpionfish), Dover sole with soy sauce and ginger and canetón duck with wild mushroom duxelles are some examples of the philosophy behind A’Barra (Calle Pinar, 15), whose chef, Sergio Manzano, feels total admiration for what nature bestows upon us. Produce also means everything to José Carlos Fuentes, the head chef of El Club Allard (Calle Ferraz, 2), an elegant restaurant that specialises in fresh, Mediterranean cuisine with a Japanese touch, which changes with the time of year. 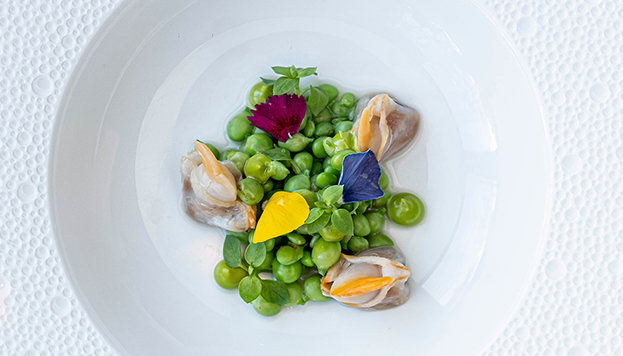 At Lúa (Paseo de Eduardo Dato, 5), Manuel Domínguez also works with the seasons in mind. Here you can enjoy such dishes as tripe with chickpeas, a monkfish and prawn stew, or a salad of chocolate with red fruits. “A great restaurant is one that succeeds in making the customer feel important”. This is the conviction of Marcos Granda, chef at Clos Madrid (Calle Raimundo Fernández Villaverde, 28), who follows a simple maxim: make sure your customers enjoy themselves. He achieves just this with such dishes as wild sea bass with its collagen and cauliflower, or loin of venison with mini pickled vegetables. 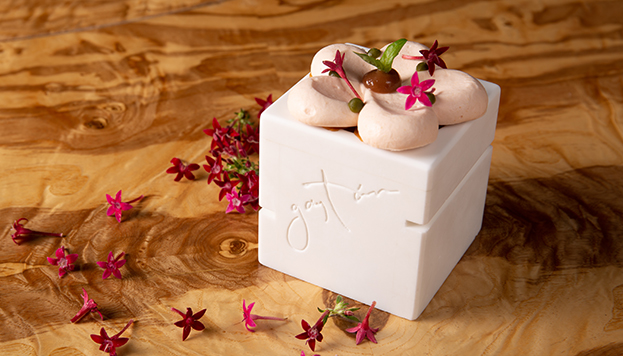 As soon as a customer walks into Gaytán (Calle Príncipe de Vergara, 205), the first thing that attracts their attention is its large oval-shaped kitchen. From this vantage point, Javier Aranda offers two menus that recreate stories and journeys. The dishes include duck magret with strawberry curry, and John Dory with a creamed aubergine tatemada sauce. Emotion underpinned by technique, ingenuity and painstaking work is part of the DNA of Aurelio Morales, the chef at Cebo (Carrera de San Jerónimo, 34). There are two options: try his most iconic recipes, such as his Andalusian black squid from the ‘Our Classics’ menu, or let yourself be surprised by his latest creations (oysters with roast juices and caviar, pumpkin rice and Shropshire cheese…) on the ‘Somos Cebo’ menu. 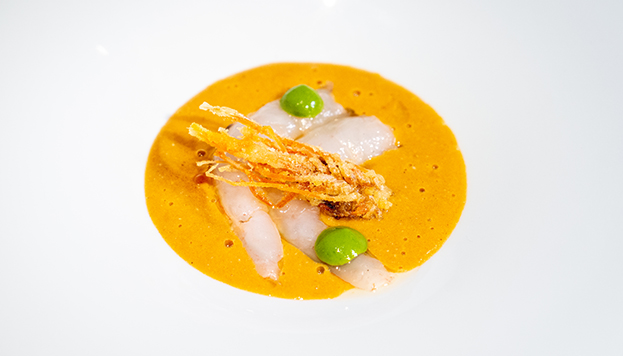 Top quality offal with an informal touch is what Javi Estévez offers at La Tasquería (Calle Duque de Sesto, 48). A visceral and unbiased cuisine that turns coxcombs, tripe, brains, tongue and tendons into delicacies. It is a restaurant for adventurous palates, as is also the case with Gofio by Cicero Canary (Calle Lope de Vega, 9), inspired by Safe Cruz‘s highly personal take on Canarian cuisine and his philosophy of sustainability and raw materials. Pure art is what is conveyed by the dishes (amontillado oyster in green sauce, squid noodles with a spicy touch) dreamed up by David García who is in charge of the restaurant at the Corral de la Morería (Calle Morería, 17), the only flamenco tablao in the world to have earned a Michelin star. 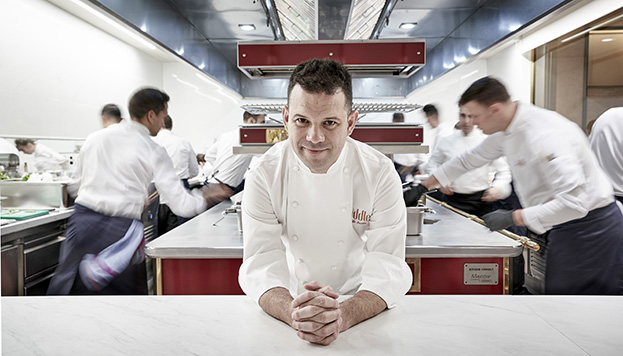 This year a new restaurant has joined the Michelin Guide’s starry firmament. After being open for just a year Saddle, which took over the premises of the legendary Jockey restaurant, has been awarded its first Michelin Star. This is thanks not only to its overall gastronomic experience, but also to its exquisite service, led by Stefano Buscema, who unfailingly manages to immerse the customer in a unique dining experience. The restaurant’s Seasons Menu, which consists of ten courses (eight savoury and two sweet), is a reflection of the three fundamental pillars around which chef Adolfo Santos‘s cuisine revolves: tradition, elegance and seasonality. Saddle’s refined cocktail menu, designed by Alberto Fernández, complements it perfectly.