The street of books 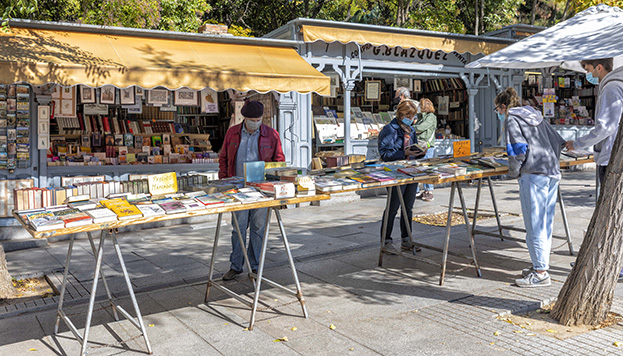 Two hundred metres, thirty stalls and thousands of books. As you can see there is also room for numbers on the Cuesta de Moyano. One of Madrid’s great literary landmarks since 1925, this open-air market, oozing with charm and history, is waiting to be discovered. 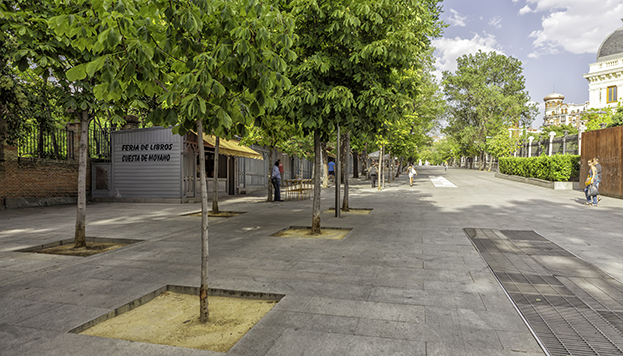 In the heart of the Paseo del Arte (Art Walk), just a stone’s throw from the Prado Museum and next to the Royal Botanical Gardens, is where we find one of the most unique streets in Madrid, the cheerful and always lively Cuesta de Moyano. It was originally named after Claudio Moyano, a politician and professor who instigated the reform of the Spanish education system in the mid-19th century. 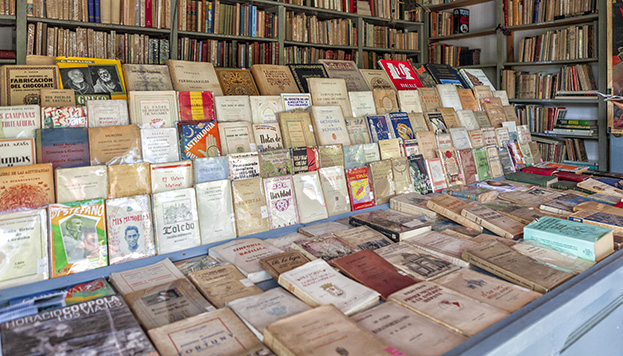 A statue in his honour presides over this singular and indeed permanent book fair, which dates back to 1925, the year in which a row of wooden stalls was first set up, without any electricity or heating. Over the years, those original stalls were replaced by other rather more comfortable ones. They were the heirs to the stalls selling books – scattered among myriad other goods – that were so frequent in the flea markets of the time, especially those located near Atocha station. Since then,  they have continued to be a part of the urban landscape of Madrid. 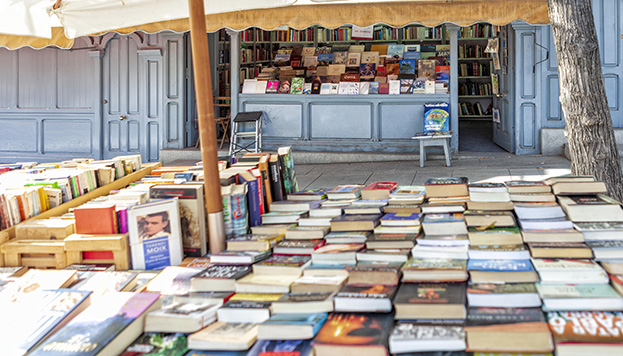 Another statue, this one dedicated to the writer Pío Baroja, constantly watches over readers and bystanders who flock to this oasis of peace and culture in search of a book that simply cannot be found anywhere else, a very rare printed work, a first edition, out-of-print magazines, facsimiles or the latest literary releases. Madrileños and visitors who are following in the footsteps of intellectuals and writers of days gone by, such as Azorín, Ramón Gómez de la Serna, Antonio Buero Vallejo, José Gutiérrez Solana or Camilo José Cela, who had his traveller pass by here in his book Journey to the Alcarria. 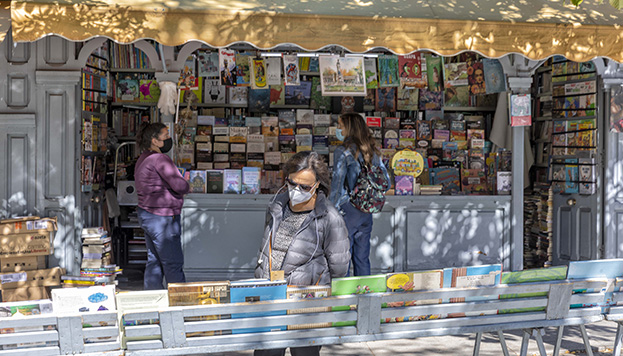 Veteran book lovers, young people who have just been smitten by books, collectors, and those looking for a special gift. There’s room for them all in this tree-lined street, which is now closed to traffic and has a bike lane: a perfect spot in which to enjoy a pleasant sunny morning or an afternoon among friends. Because that’s what these booksellers are, friendly people, always willing to help and share their knowledge to make sure you find that perfect book you can lose yourself in, as you relax afterwards in the nearby El Retiro Park. 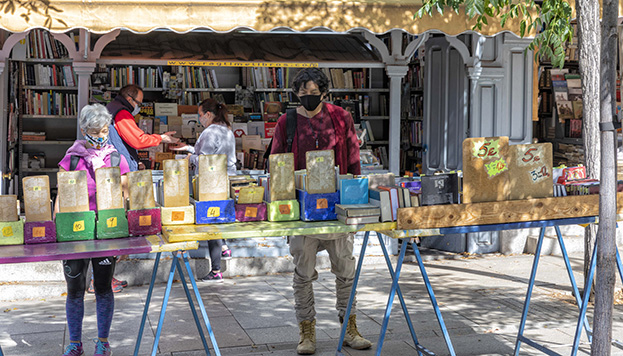 There are currently a total of 30 stalls distributed along the street, which is barely 200 metres long, and they also have open-air stands so that people can choose their books at their leisure. Many of the stalls specialise in specific subjects. Each bookseller has their own opening hours, although at this time of the year they are normally open every day from 9:30am to 1:30pm and from 4:30pm to 7pm. The closest Metro station is Estación del Arte. 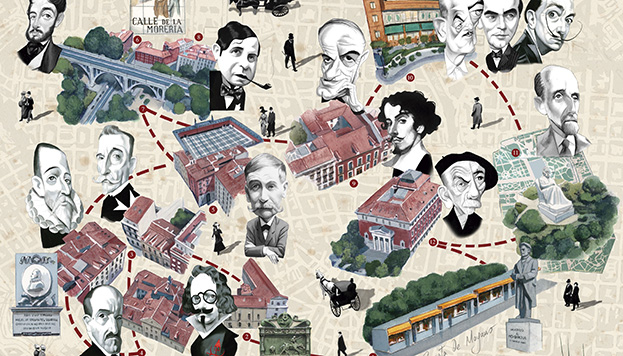 If you would like to know more about the history and other curiosities of this unique street, visit any of the city’s tourist information points and ask for a copy of our Illustrated Cultural Map. Featuring texts by Andrés Trapiello and illustrations by Fernando Vicente, it takes you on a literary tour that begins and ends at the Cuesta de Moyano. Not only does it cover the life and works in Madrid of some of Spain’s best-known authors, from Cervantes to Galdós and Federico García Lorca, but it also takes in such places as the Museum of Romanticism, the Residencia de Estudiantes hall and the Ateneo. You can also download it.