All of Mexico on the table 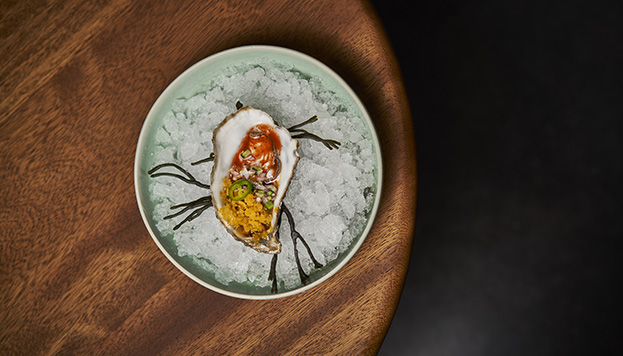 This year, Madrid is the gastronomic capital of Ibero-America. All around the city, you’ll find restaurants where you can enjoy the delicious flavours of Argentina, Peru, Cuba, Brazil… and Mexico. Fancy some tacos? How about some tamales? Spicy and bursting with colour, this country’s cuisine is utterly varied and surprising. Don’t miss these places. 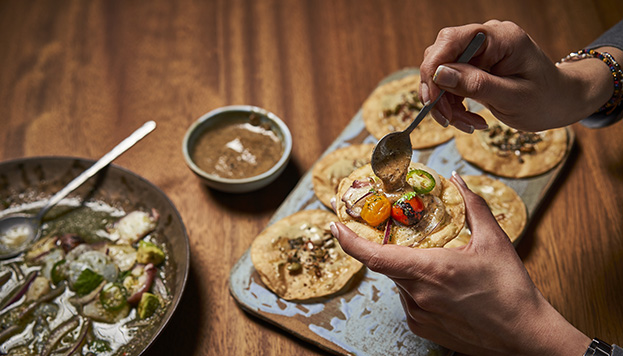 Nearly a decade ago, Roberto Ruiz decided to bring the culinary essence of Mexico to Spain in a way that had never been seen before. He ended up earning the first Michelin star for a Mexican restaurant in Europe, at the now-defunct Punto MX. In his new venture, he offers a culinary tour, so to speak, of the almost 8,000 kilometres of Mexico’s Pacific coast, from Ensenada and Baja California to Chiapas. The result is light, easy to understand cuisine that’s utterly enjoyable! The menu begins with delicious starters like guacamole served with chicharrones (pork belly crisps), and continues with aguachiles and ceviches made with fresh fish. Don’t miss the lubina a la talla(marinated sea bass), black taco al pastor (“shepherd’s-style taco”) stuffed with Ibérico pork or the grilled marrow with marinated bluefin tuna over tostadas (crispy tortillas) with a serrano pepper emulsion. For afters, there’s the three-milk torrija (similar to French toast), and to drink there are multiple cocktails that transport us to idyllic beaches. 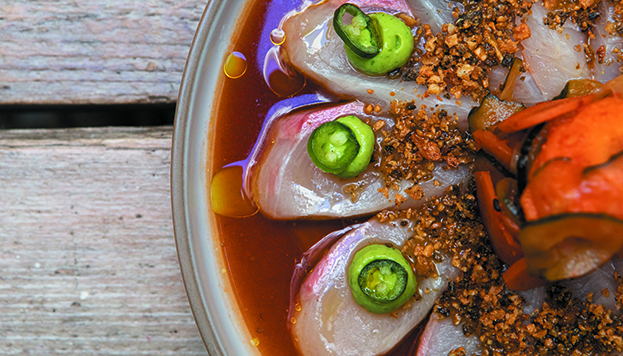 “Searching for the origin of things, that first link which is the source of all ingredients and materials, and being ever more true to the environment it came from” is the philosophy of this restaurant run by Casa de México en España. On the menu, you’ll find simple dishes that highlight the freshness and flavour of its seafood, but also a balanced fusion of Mexican and other cultures. Examples include the pulpo enamorado (“octopus in love”), with avocado, pickles and bird’s beak chili, the spider crab roll with tuna, the griddled prawns with homemade cayenne pepper and the “Chemita” bluefin tuna with butter, soy sauce and mashed potatoes. 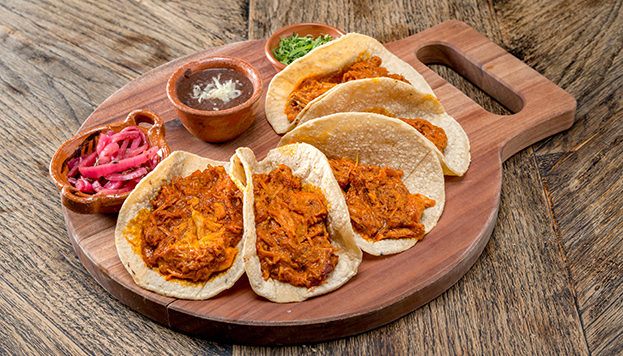 Since it was founded, Tepic has aimed to serve authentic dishes that reflect all of the flavour and personality of Mexican cuisine. Examples include the panuchos yucatecos (thick blue corn tortillas stuffed with chorizo and served with refried beans, cheese, sour cream, red onion and avocado), the shrimp aguachiles and the enmoladas (corn tortillas stuffed with chicken or cheese, drizzled with homemade mole poblano sauce). All of them are seasoned with ingredients they grow in their own garden (chili peppers, Mexican turnip, Mexican tea, husk tomatoes, etc.). To drink, you’ll be spoilt for choice with the extensive cocktail list. Perhaps a Rojo Atardecer (Red Sunset), made with mezcal, Angostura bitter, orange juice, berries and roselle? 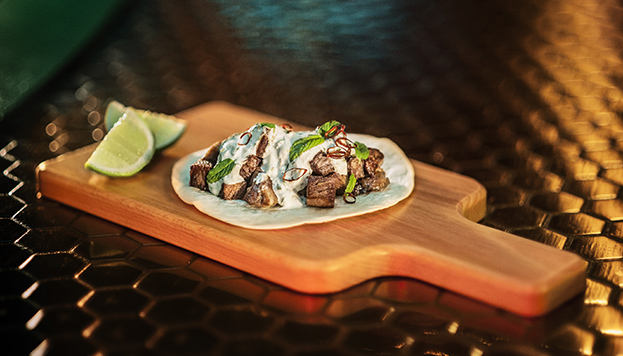 This place offers a fun, unique, different sort of culinary experience, courtesy of Roberto Ruiz. It serves simple Mexican fare in a truly distinctive ambience where the snake it’s named after (cascabel means rattlesnake) has a strong aesthetic presence and the decor is inspired by the Mexican dining rooms of the 1940s. The charcoal-grilled totopos norteños (tortilla chips) and chicken wings smoked with walnut wood chips and drizzled with bird’s beak chili sauce are irresistible. What’s more, the bartenders use original shakers designed to produce the perfect margarita. 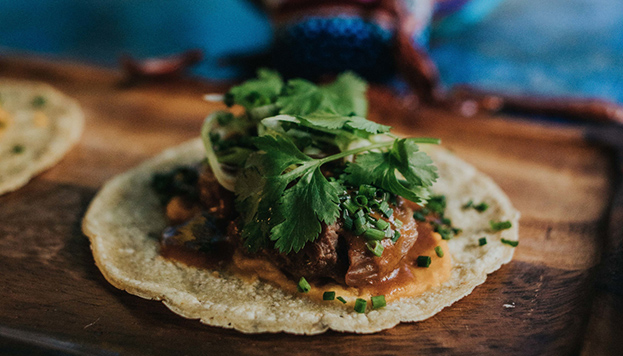 This is currently one of the city’s best taco bars, thanks to its elaborate fusion offerings which combine ingredients and techniques from Mexico with those of Spain and other cultures. It’s run by Fernando Carrasco and Julián Barros, who have designed a menu revolving around tacos that includes options as original as the glazed pancetta, chipotle and tamarind tacos or the tacos made with pig’s ear, cuttlefish and habanero pepper sauce. The guacamole is served in a typical Mexican molcajete made of volcanic stone. 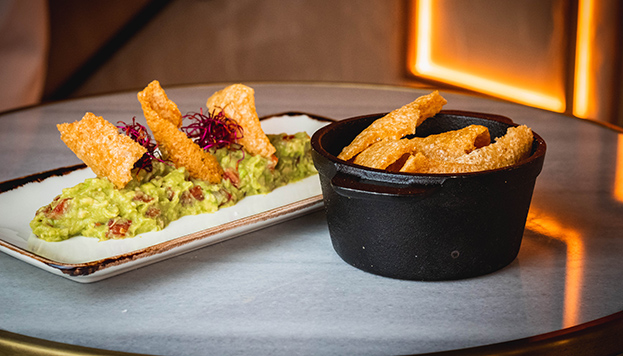 “We’re Mexican and we are always looking for the extraordinary”. This motto captures the essence of Sal Mestiza, a place bathed in warm light that represents the Mexican sun. The elegance of the simple and a preference for sharing are evident in their menu, which is very contemporary. Dishes include melted cheeses, prawn aguachilesand the house Mestizo tacos. Stuffed with cochinita pibil (slow-roasted pork), suadero (brisket), chorizo and potatoes, and squash blossoms and mushrooms, they’re served with secret sauces. 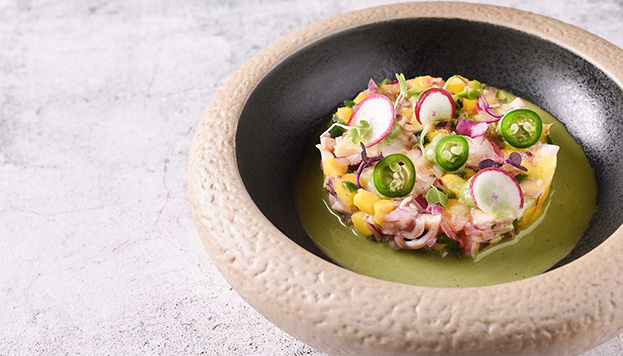 Let the sacred fire begin! The cuisine here is made following a sacred ritual in which they even ask the kitchen for permission to prepare the ingredients. Santita is a tribute to the smoked food of Mexico and, above all, the women who bring it to life. The botanas, or nibbles, include santísimas (“holy”) guacamoles and padrísimas (“super-cool”) bluefin tuna on crispy corn tortillas. If it’s tacos you’re after, try the ones stuffed with charcoal-grilled chicken. And if you’re looking for a divine burrito, the one made with charcoal-grilled prawns is pure temptation. 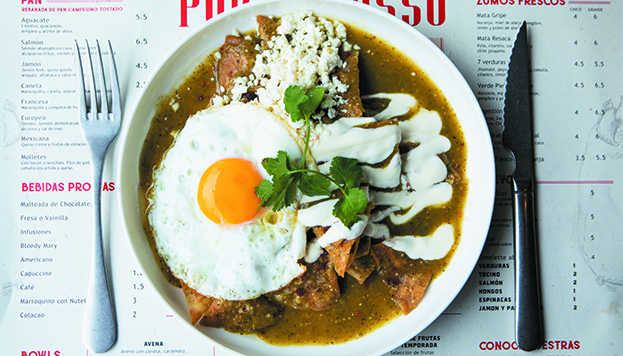 Porco Rosso is a meeting place for different cultures, well-travelled palates, jazz, Latino and R&B music; a place of communion between different parts of Mexico and its border with the USA. It’s an urban smokehouse that serves “low & slow” cuisine that preserves all of the flavour and tenderness of its ingredients. Be sure to check out the Mexican breakfasts (huevos rancheros, chilaquiles, etc.). They’ll keep you going all week long! 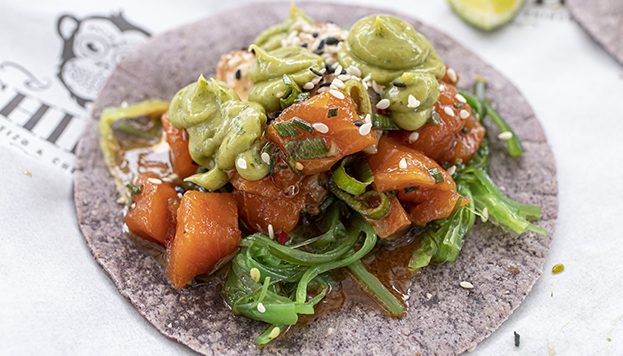 Good, nice-looking, cool… That’s what “chido” means. And that’s what this restaurant aims to be, with its somewhat edgy ambience and its distinctive fusion twist on conventional tacos. The patatas bravas (a Spanish dish of potatoes and spicy sauce) with chipotle foam and the Arre Burrito Arre with Manchego cheese are two examples. You’ll find only buena onda (good vibes) here! 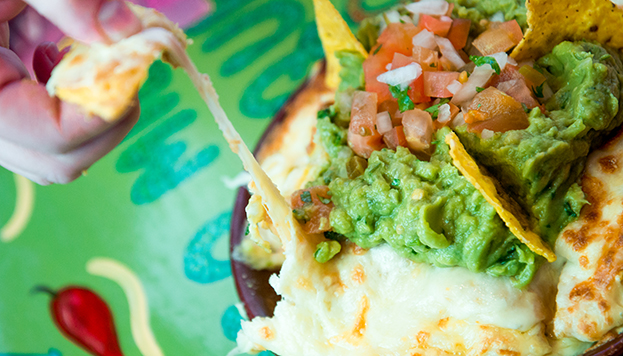 A lot of Madrileños discovered Mexican food 25 years ago thanks to this restaurant, founded in 1995 by Julio Sánchez and singer-songwriter Joaquín Sabina. Today, it has multiple branches all over the city, but the one in Calle de Belén was the first. Nachos and guacamole, enchiladas to share, chicken fajitas, hanger steak strips, “shepherd’s-style” tacos… all “seasoned” with cheerful, colourful decor created by Latino artists.