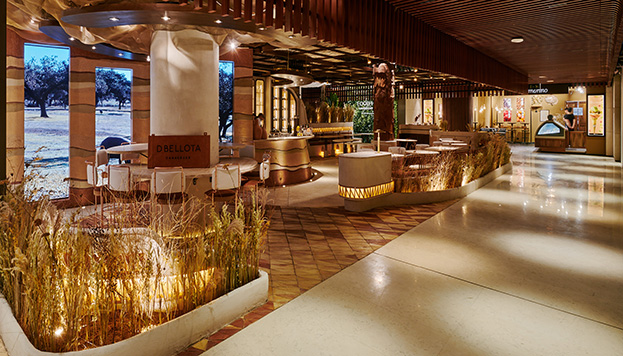 Galería Canalejas Food Hall, a stone’s throw from Puerta del Sol, offers a one-of-a-kind experience that takes you on an extraordinary culinary journey of flavours and aromas, courtesy of 13 restaurants and a gourmet zone to suit all tastes. Without setting foot outside Madrid, we can travel around the world, from Japan to Mexico and from Italy to Galicia. 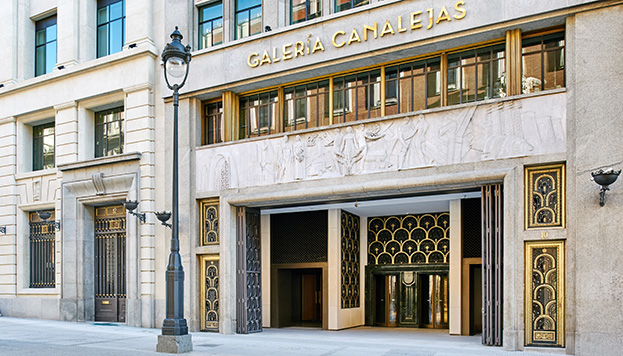 Just before 12 noon, people start to gather. There’s a sense of expectation in the run-up to the moment when the doormen, elegantly dressed in uniforms created by the century-old atelier Casa Seseña, open the doors: “Welcome to Galería Canalejas Food Hall”. The same scene has played out every morning since December, when this spectacular food hall arrived in our city to stay. Covering an area of 4,000 square metres, it boasts 13 restaurants and a gourmet zone you’ll never want to leave. It’s a place bursting with flavours and aromas, right in the heart of the city. 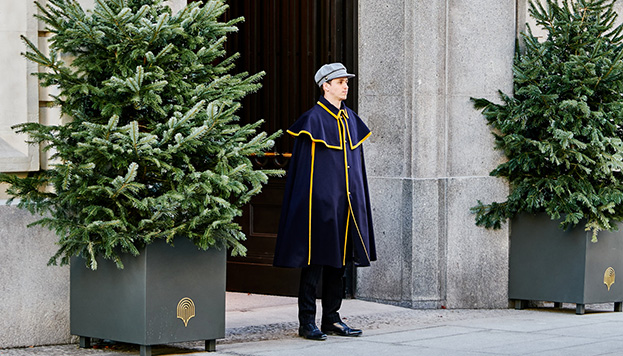 But let’s start at the beginning. This new culinary concept is part of Centro Canalejas Madrid, a complex created by transforming and rehabilitating seven adjacent historic buildings located next to the Puerta del Sol. The complex includes the Four Seasons hotel, shops by Hermès and Cartier and a shopping gallery scheduled to open in the coming months where you’ll find the top fashion and fine jewellery brands. 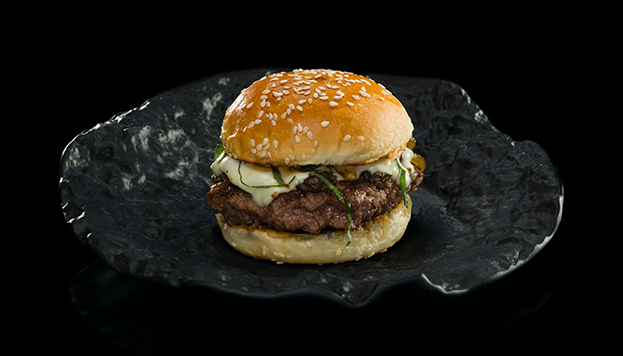 With an entrance right in Calle de Alcalá, the Food Hall is a constant temptation. Before heading downstairs, you could stop at The Eight, the only one of the restaurants open to the street. It’s helmed by chef Julián Mármol, whose restaurant Yugo The Bunker, also in Madrid, has a Michelin star. The charcoal grill is the irrefutable star of the show at this establishment, which has an outdoor seating area and redefines classic formats like hamburgers and sandwiches. 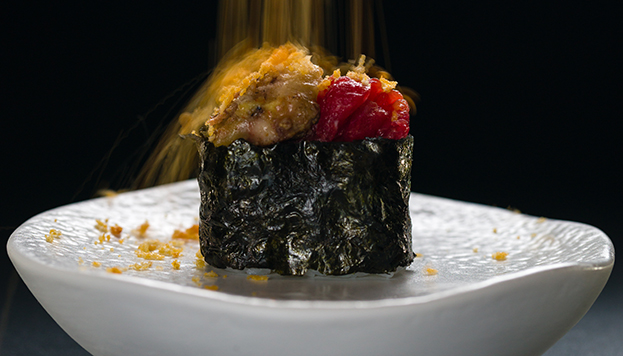 “It’s an honour for me to be a part of the exclusive Galería Canalejas Food Hall, the capital’s new iconic luxury space. I truly can’t think of a better place in which to launch my latest two gastronomic ventures,” says the chef. The other restaurant he’s referring to is Monchis, which is downstairs. It’s a crossroads between Mexico and Japan that combines creativity and excellence in terms of both ingredients and technique. Its omakase bar -a term that means “put yourself in the chef’s hands” in Japanese- offers a unique experience. Although it is Mexican, it follows a Japanese philosophy, and the menu is full of things like tacos, gorditas, infladitas and tamales, which are transformed into bite-sized nibbles with a Japanese influence. 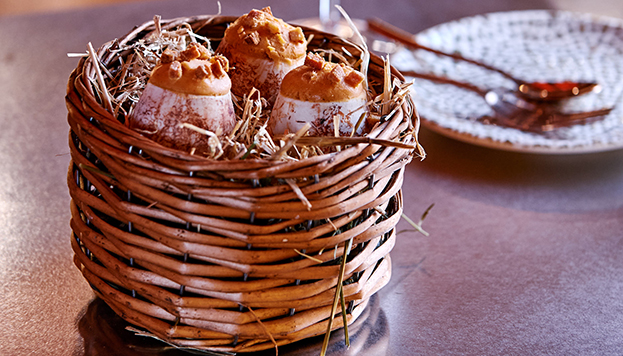 19.86 by Rubén Arnanz is a creative, cosmopolitan establishment by the chef from Segovia, one of the youngest ever to earn a Michelin star. At the helm of his first solo project in Madrid, he is guided by the legacy of the Castilian and Mediterranean cultures that have had the greatest influence on him. At this boutique-restaurant, his most personal, diverse dishes are harmoniously complemented by delicious cocktails and wines with a soul. For Rubén Arnanz “this is a new challenge that lets me continue to give my best in an original, one-of-a-kind space”. 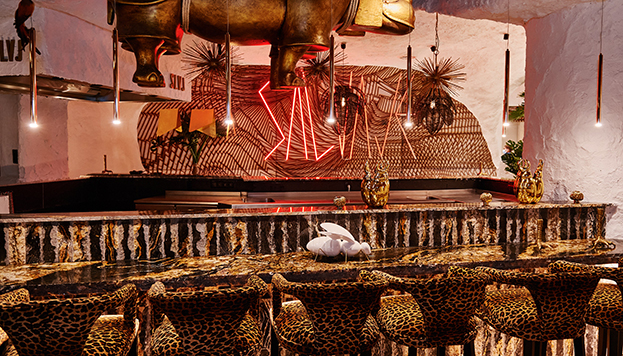 Signature Japanese cuisine has found its place in the restaurant Salvaje: a space where Japanese food is tweaked with flavours and techniques from all over the world. Venezuelan chef Fermín Azkue is responsible for fusing influences from the planet’s most exotic places together. You’ll also find oriental flavours at Le Petit Dim Sum, which transports us to Shanghai. Here, you can enjoy an exquisite selection of artisan dim sum along with cocktails and other traditional dishes. 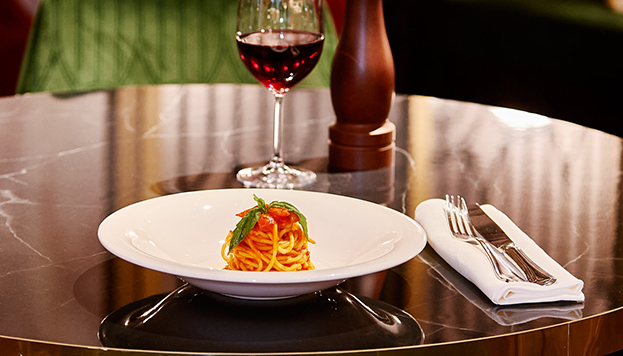 Tradition is something they know a lot about at Davvero, which serves the most famous Italian dishes and is guided by a basic principle: the pasta is always made on site. In this restaurant, you’ll also find a piccolo mercato, or mini market, where you can buy different types of fresh pasta, cheese, sauces, oil, vinegar and creamy soups, as well as a wide selection of Italian wine. It’s a foodie’s dream, just like the oysters at French restaurant Daniel Sorlut, which you can enjoy in its display cooking area. 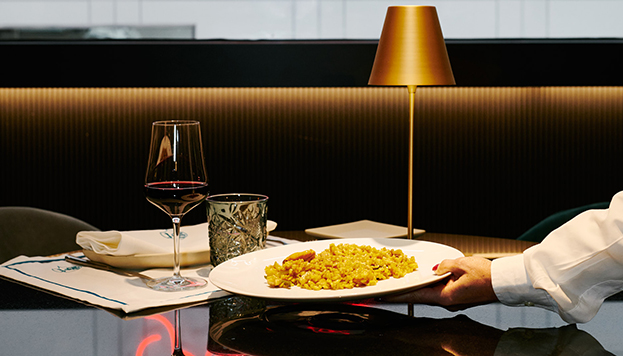 Spanish fare also has a place in the Food Hall. A giant octopus decorates Garelos, which brings exquisite ingredients and dishes to Madrid from Galicia, ranging from the famous Betanzos potato omelette to cheese and shellfish to wines with the Rías Baixas, Ribeiro and Valdeorras Designations of Origin. DBellota, in exclusive partnership with Cinco Jotas, offers the best Ibérico ham as well as cheeses and hot dishes that are also made with Ibérico pork and ham. With Jesús Almagro as gastronomic advisor, St. James restaurants have opened a new branch in Madrid, where they continue to cook their wonderful paellas. If you’re in the mood for something sweet, there are two options: the Italian gelato at Amorino and the pastries at El Goloso, a renowned bakery from Tarancón, in Cuenca. 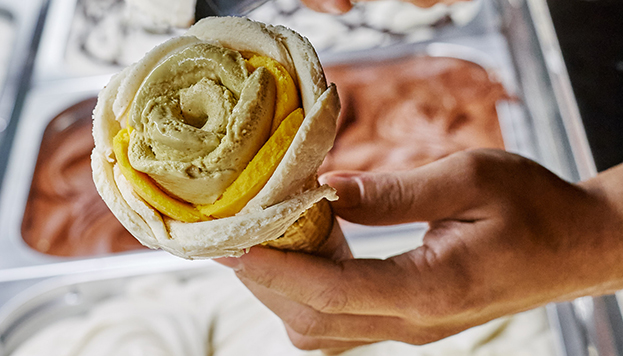 The Food Hall wouldn’t be complete without representation by a classic Madrid bakery: Horno de San Onofre. It’s one of the 20 speciality spaces in the MAD Gourmets area, which is spread across more than 650 square metres. You’ll be spoilt for choice! There’s Avocados, for avocado lovers, Huma, which has vegan offerings, La Carmelawith its Spanish tapas, Favela, which serves traditional Brazilian cuisine, Bugabar, with cocktails and pickled foods, Healthy Poke, with its “healthy and delicious” food, Hot Now, a modern take on the traditional pizzeria… and John Barrita, which offers delicious signature sandwiches. Simply irresistible!