You don’t have to be a football fanatic or a Real Madrid fan to fancy taking a look at the Santiago Bernabéu Stadium on Paseo de la Castellana. The tour laid on by the club to include almost every nook and cranny of the stadium has just been revamped, resulting in a fascinating and entertaining experience, even for people who haven’t been to a football match in their entire lives. The other day I persuaded my friend Nacho – he’s a poet, what more can I say – to go along with me and some other friends, and he came out of there completely overwhelmed. OK, so we had to teach him how to tell Marcelo from Kaká and explain who Di Stefano and even the one and only Pelé were, but that’s the great thing about this particular museum, you don’t need any prior knowledge to enjoy it to the full and, more importantly, to have a fantastic time.

The trophy room, where the nine European cups are displayed, is the highlight of the tour, but what I liked best was the interactive room, where you can play around with loads of screens, Minority Report style. The images displayed on the screens let you relive a series of memorable moments, like Zidane’s famous goal in the 2002 Champions League final, or Del Bosque’s top matches before he became the Spanish national team manager. It’s also fun to see some of the more unusual cups won by the club over the course of its history, have a peek into the team changing areas, sit on the team benches next to the pitch and pretend you’re Mourinho in the press conference room.

When the tour is over, the Santiago Bernabéu still has a few more tricks up its sleeve: not only does it have a spectacular official merchandise store, but there’s a really nice restaurant too, overlooking the pitch and with a wide-ranging menu (rice dishes, hamburgers and so on). Although the Real Café Bernabéu really only starts to liven up in the evenings, as it has become the after-work meeting place of choice for executives based in the local area. The stadium boasts yet another restaurant, Puerta 57, with similar views over the hallowed turf. It specialises in serving traditional Spanish cooking, with a heavy emphasis on seafood (it has its own tanks).

Football fans are sure to know that Atlético de Madrid also has its own museum, in the Vicente Calderón Stadium near Madrid Río, as does the Spanish national team, in Las Rozas on the outskirts of the city. Nacho, who is now an all-white supporter through and through, wants to tick these off so he can compare. But that’ll be another story.

The Von Trapps on Gran Vía

Whiskers on kittens and crisp apple strudels…these are a few of my favourite things. Along with a good musical, of course. So, I grabbed the chance to pop along to the Arteria Coliseum Theatre on Gran Vía and see Sonrisas y lágrimas, the Spanish version of The Sound of Music.

Fairies at the bottom of the garden

Madrid is a city with a lot to discover in the company of children. There are many, many things I like about Madrid. One of them is its wonderful bright blue sky, dotted with clouds that make it look like a Velázquez painting, especially in autumn. 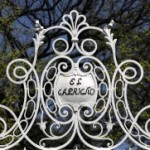 At the last Madrid Fashion Week, Josep Font, designer of the Jesús del Pozo collections, chose El Capricho Park for his runway show. As a result, many people discovered one of the city’s prettiest, most romantic and idyllic parks. A great unknown.

Miracles for the sweet-toothed 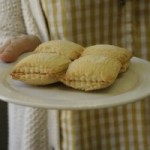 The sweets appeared as if by magic. The revolving window transformed a few euros into some delicious cookies that seem to have been made by angels but are in fact the handiwork of the cloistered nuns at Convento de las Carboneras. This post is devoted to cakes and pastries: cookies, rosquillas, pastries and jams made […]