It’s still a few years away, but the countdown has already begun. In Boston, October 2012, Madrid was chosen as the venue for World Pride 2017. What’s more, it was a unanimous decision – yet more proof of the feeling of admiration our city instils among the entire LGBT collective. Madrid is a free and tolerant city, proud of its diversity, a fact that is held in great esteem the world over. Our pride has been chosen by the LOGO/MTV channel as the best international festival of its kind on several occasions.

So we invite you to start warming up for the big event, which already has major dates scheduled for this year: from 3 to 7 July. Get your best finery ready. You’ll see that the Madrid Pride is a party for everyone, no exceptions. And above all, a time for good vibes. So, book your hotels now, don’t wait till all the rooms are gone! 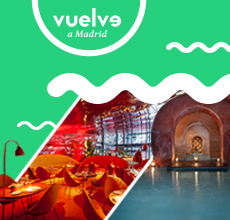