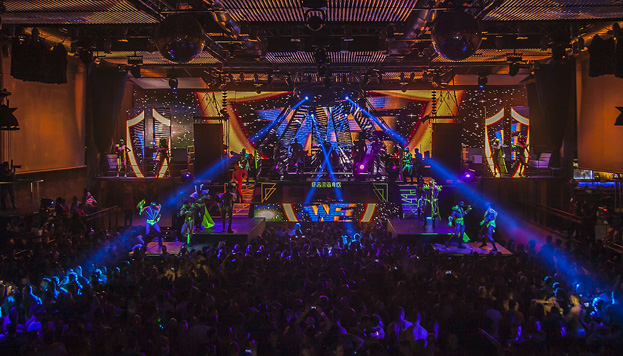 With Madrid playing host to one of the worlds biggest Pride events over summer, the successful evolution of the New Years’ Festival makes it the world’s first “two-pride town” – a title that only a tolerant, fun-loving city like Madrid could pull of. Still on the fence? Below you’ll find your definitive guide to the parties, the venues, and some of the best DJs, to help you make one of the most important travel decisions of the year (or at least the last one you’ll make in 2015).  See you on the dance floor… 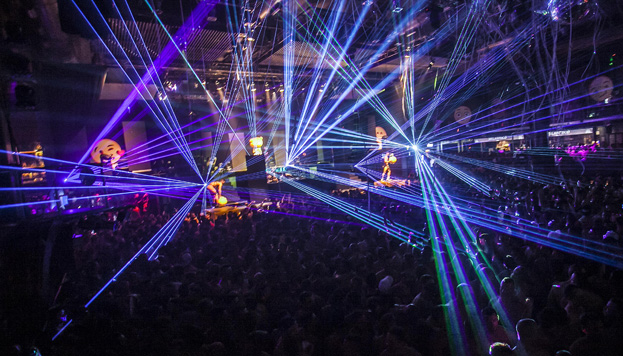 – With the festivities set to begin on Sunday the 27th December and end on Saturday the 2nd January you’ll need to prepare yourself for an entire week of party perseverance.

– There are 7 parties in total; some are in higher demand than others. To avoid the long lines, potential sell-outs, and any extra hassles, make sure you get yourself the all-inclusive bracelet or “pulsera.”

– Transport in Madrid is a breeze. Most of the venues are in the inner city so you can probably walk from your hotel. However, if you’re heading to any of the parties at La Riviera venue you should take a taxi.

– Worried about your Spanish? Don’t be. Last year 71% of the party crowd were foreigners. Although, if you’re hoping to charm one of the Spanish guys, it might help to learn a few phrases.

– Keep up your strength: Madrid has a thriving food culture so don’t be afraid to feast on some of the latest trends. Some of the tastiest tips can be found here.

– Looking for an inner-city gym? The most popular central locations include: Gymage, Body Factory, Basic Fit, and the Metropolitan. 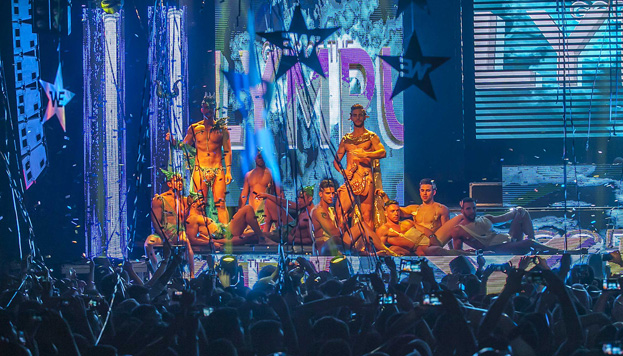 Sunday the 27th: WE x Matinee at Sala But

Joining forces with Barcelona party power house Matinee Group, the first party will take place in the Sala But; the subterranean club below the beautiful art deco home to Madrid’s Pacha. It’s located just a few steps from Metro Tribunal alongside the Malasaña district.

Monday the 28th: WE x XCLSIOR at Joy Eslava

One of Madrid’s most beautiful nightlife venues dates all the way back to 1871 when it was inaugurated as a theatre. It became a nightclub in 1981 and quickly established itself as one of the most mythical places to party. For the second party on the calendar the WE Party joins forces with Mykonos’ XCLSIOR. This is as central as venues get, just a short walk from the Sol metro station.

The multilevel nightclub Kapital hosts Tuesday night’s spectacular in conjunction with the forces behind Tel Aviv’s Forever. Located a few steps from the Atocha metro station the added bonus of this seven-storey megalith is a rooftop terrace – a bonus if you’re a smoker.

Wednesday the 30th: WE x BEYOND at Sala But

Head back to the Sala But on Wednesday where the WE groups together with London’s BEYOND to warm up your engines one night before new year’s eve. It’s located near the Tribunal metro station and if you feel like a gay-friendly drink beforehand, the Chueca district is only a few minutes walk away. 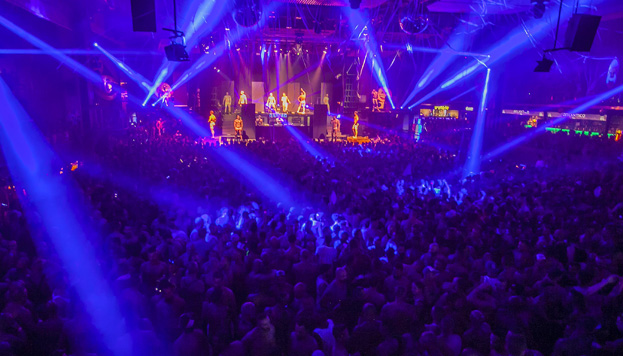 La Riviera lights up on the most anticipated night with a massive party brimming with beats, dancers, and on-stage action. Don’t be surprised if the Spanish guests rock up late; in Spain tradition dictates spending the countdown with close friends and family to eat 12 grapes as the clock strikes twelve. Thankfully, once they do arrive, their genetic stamina will energise the dance floor right until the music grinds to a halt. To get to La Riviera, which is located down by the Manzanares river (be warned: this makes it one of the coldest spots in the city), a short taxi ride is recommended.

Friday the 1st: WE NYD at La Riviera

This is one of the most popular and mixed-crowd parties on the billing. The city has a penchant for partying, which makes any event on the 1st a hot ticket – especially for those who didn’t get enough on NYE. This event starts much earlier than the rest so don’t be afraid to rock up way before the other parties. Transport advice: catch a taxi.

Saturday the 2nd: WE x Papa Party at La Riviera

For those of you left standing, comes the third of the La Riviera trifecta and the final party of the week. In collaboration with the Papa Party from Israeli international party magnate Eliad Cohen this party promises to be a lot of fun – because that’s what the Papa Party brand is all about. Even though you may have spent the whole week dancing, this party falls on a Saturday night, and in a city like Madrid, staying in for the night on a Saturday is sacrilege. 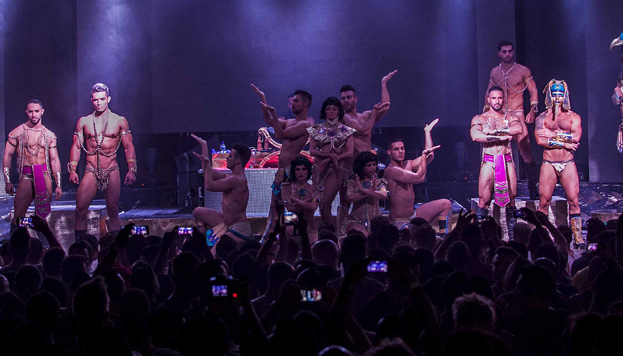 Nothing unites some of the international gay party circuit’s best DJs like a week-long festival. To make things more interesting we asked some of the most prominent DJs to describe what they love best about coming to Madrid…

“I enjoy playing in Madrid because it has an extremely energetic vibe and a beautiful crowd who appreciate music (plus I find the Spanish language very sexy).”

“What sets Madrid apart is its energy. I think Madrileños are so eager to have fun and the synergy that is created between the locals and outsiders creates something so strong and unique.” 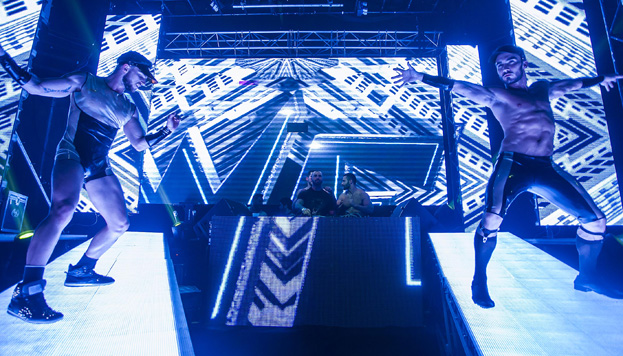 “Spain – and particularly Madrid – have such an incredible party culture and it’s always a unique experience for me to play there. The WE party has managed to create one of the top gay festivals on the planet: Madrid Pride and The Madrid NYF. As a DJ, nothing is more important to me than the energy of a crazy party and at the WE parties I know I’ll always have an amazing time.”

“I always enjoy the vibe in parties in Madrid. The is something different about the energy of the crowd and how warm it is. It is the only place when you end your set and people stay until the last second with the lights on smiling and dancing.”

“I really look forward to coming back to Madrid because it’s one of the most magical and friendly cities in the world; the vibe is unmatched anywhere else. This will be my first New Years in Madrid, so I can’t wait to share my music with the crowd, as well as celebrating with everyone.” 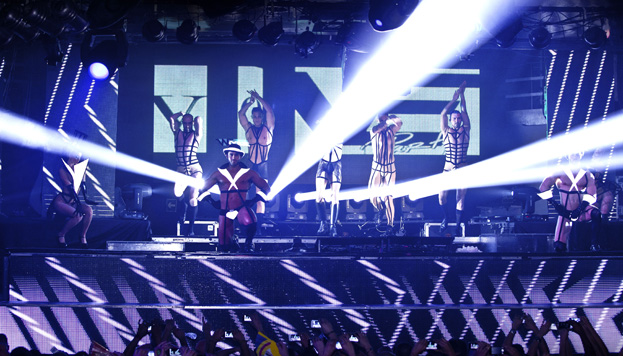 “Madrid has become one of the most important destinations for thousands of guys who frequent the gay party circuit around the world especially for “Orgullo” or Pride. This is a unique week which combines a great atmosphere on the streets and a big music festival targeted at gay audiences – and now there are two.”

“Madrid is one of the best cities in the world for partying. If I had one piece of advice to give to newcomers, it would be to prepare themselves to see one of the most amazing gay festivals in the world. The second tip is to pack lots of outfit changes, because there are so many parties.”

“Madrid has such an amazing energy; it reminds me of Brazil. The people are warm, friendly and they really enjoy letting loose on the dancefloor! The WE Party knows how to work hard and to bring the happiest people; connecting people from all over the world. This is what makes Madrid so special. If this is your first WE NYF, then get ready for one of the most fun experiences of your life!”

“I love to play my records for my friends who come to the festival from all over the world. Madrid is like a meeting where we can all celebrate with pride and freedom the joy of partying and reunion. See you all on the dance floor on the 1st of January 2016.” 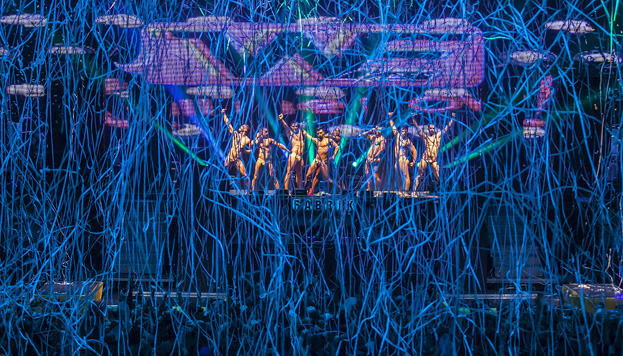 “What I love most about coming to Madrid is seeing so many of my friends come together. It’s such an incredible feeling and if there is one thing that sets Madrid apart it’s the people. There’s a big culture of loyalty to the DJ in Madrid, and it shows.”